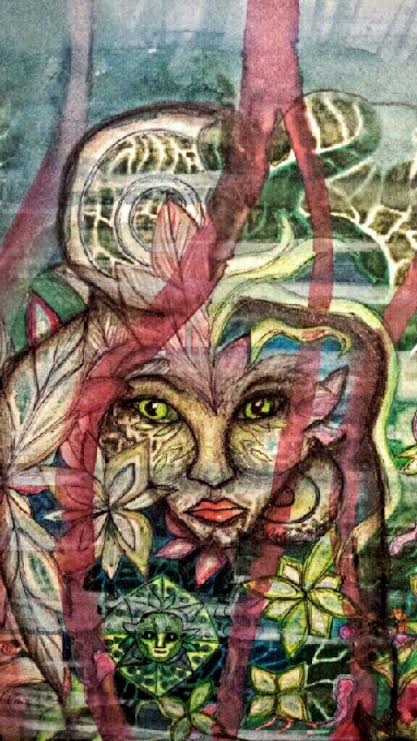 After the Pegasus tears, when the World Wide Conglomerate of Obscenely Obvious Affairs announced they were endangered, I puked in my mouth then swallowed my own grief. I thought they had slept in, were on vacation in Bangkok or out tilling the Elysians. Truth is: I never saw it coming.

Now, even our stars revolve in an uninhibited mockery. If we could care we’d be worried, but our current angst seems pointless — worse than moonlight floating in a dead bucket, buried in a dung pile, guarded by a pre-menstrual tyrannosaurus.

FUCK-What a gob smack of chaos we’re in.

Everybody claims they didn’t give any, but clearly they did. They gave plenty and kept giving, carelessly applying them to things that didn’t matter until they became battered and lost, leaving us with a broken culture that dilutes meaning to feed rage.

When we commanded the fierce fuck(-ing) army, held the essential lines, stood face to face against the status quo warriors, why didn’t we fight or rage around till we tired of the idea? After all, we’ve no weapons like theirs’ — no louder veneration for the inchoate.

We should have utilized them strategically, loaded them like silver bullets, aimed directly at the apathetic and squeezed our itchy triggers.

We should have known-It was never just about sex . True it started that way, but they redefined themselves, became tribes of addled Prometheus nourishing our inhibited, shamans attributing meaning in the shadow world, impetuses coaxing us to act.

There’s no fire left in our sky, no full moon rising. Dead cottonwoods border deserts of petrified miracles. Wanderlust rattles the fetishes. Primordials sip cups of despondency while mourning each and every fuck-ing ‘thing’.

They’re long gone. I searched the vegan caves on the curves of the tilting world looking for them, released the empty promises balancing in unsent valentines, upset the shadows in the never lands and parallel universes, dug past the Uranium, marched through the toxic rain and still couldn’t find any.

Maybe they became nomads with some sort of sophisticated communication or tracking system, a highly advanced cipher equation, secret handshakes, Morse Code, false flags ? Maybe it was a fuck(ing) rapture? What else explains it? I’d ask the grand masters of espionage for their input if they weren’t tinkering around with lightning bolts.

But now, fresh out of fucks, the filthy struggle belongs to us alone, the hate-speech obsessed, un -evolved, grief- soaked malcontents we are.

We shouldn’t have shut our fucks up, should have listened, realized some of the fucks were off, that they’re a rare element, both intuitive and tangible , delicate and crass — worth more than chocolate diamonds mined during a lunar storm by a twinkle-toed bigfoot. 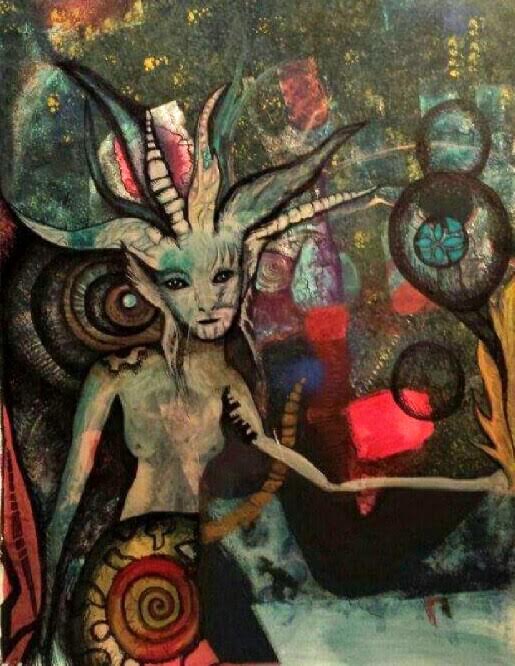 We’re not adjusting well at all- neither in our secret or real lives. Everyone seems unable to affect their effect. We’re stagnant , our vast potential hijacked by the hoarding, distraction- based hobgoblins of sensationalisms. We’re knee deep in gulping quicksand waiting for a passing fuck to swash buckle us to shore.

Prudence eloped with the What-The- Fuck and For-Fucks- Sakes -crews and our bevy of bad habits went haywire . New fears wash over the old while we endure the tragedy alone , twiddling our thumbs, smoking tarantulas, waiting for the flicker that burns our last indigo down.

We hung our higher nature for clicks and likes, became a stampede of blind rhinos charging the city of sneaky gypsies looking for a warm welcome, long nap , happy ending and obligatory selfie . We stopped resisting tyranny’s woo , started passively ebbing with the flow, clutched the toxic-backed fish leading us straight over the Commissar’s waterfall and into the rancid dunk tank.

Truth is: Those fucks probably don’t even miss us; After all, we’re raised as nihilists, indoctrinate to the fetish cult of death- kill-kill-kill kids with committed comrades worshiping shadows of false idols, crisp bayonets , unmarked landmines, tanks for crossing guards and mandatory water boarding at recess.

Sad and long are these days wasted mourning our fuck-ing potential . Nostalgia lures us in to the red storms. Lust burns compassion to a dutiful soot we simply brush off. Ego contaminates the remaining apostles and starts the misguided revolutions. Mooncalves muddy the last dominions of peace. A great hunger flowers, incapable of anything but frustrating itself .

It’s become so hard to concentrate , everything’s out of focus, overshadowed by the glares from the mollycoddles’ chinked armor and wagging mouths But , when the veils’ lifted or placed, if you close your eyes, you can imagine a flock of fucks like phoenix rising from the ashes — mysterious silhouettes dancing on our horizons during some sort of exaggerated ritual , like a two-star Cirque du Soleil routine, flying fucks performing intricate movements in ionized ballets above bright cheeping fucks in choirs singing praise of their liberation and new-found obscurity.

Of course it’s all in your head. There’s no true fucks left only the horrors that provoke bad limericks, just as there’s no solace in the valleys and no shade from the nipping heat. From here to there it’s all stale air weighing heavy on redemption. 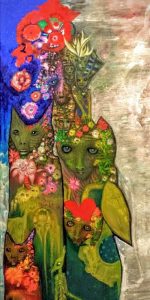 Still, the romantics believe not all are lost . They quote myths about some fresh fucks molting, claim, recently a wish wafted through the echo chambers , whispering seductive tales about radical groups trying to build new ones .

If it’s true, it can’t be easy . It Must be an intricate process creating one worth giving. It’s the intimacy that’s illusive- there’s some vague memories as to what that looks like, but I can’t remember exactly; So, I imagine something with roots deep as a Joshua Tree, rocking in the harsh wind, the type that blows our lead balloons clear out of sight, down off the mountains and into the valleys where the phantom waits, limbs akimbo, rotten mouth salivating and ajar- one iris secular (and) one sacred .

In the middle of changing the website formally known as …

Poetry by Amy Harn ⊗ Art by Tony Citelli   An …