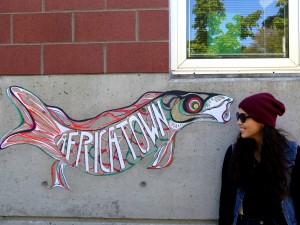 This latest project, called, “Against the Current…hope will ebb and flow,” is about capturing the many voices of a neighborhood.  I spent a month this summer going out and interviewing people who live in the Central District of Seattle.  I talked to them about their history and experience living in the neighborhood and how they felt about the current state of their home.

I then took these interviews and looked for common sayings and words and created schools of fish using these words.  The fish are made out of Tyvek and paper.  Each fish has a few words in them, together they create a school, which represents a thought or feeling of the neighborhood.  These fish can be seen up in the trees and as a wheat paste mural at the Garfield Community Center. 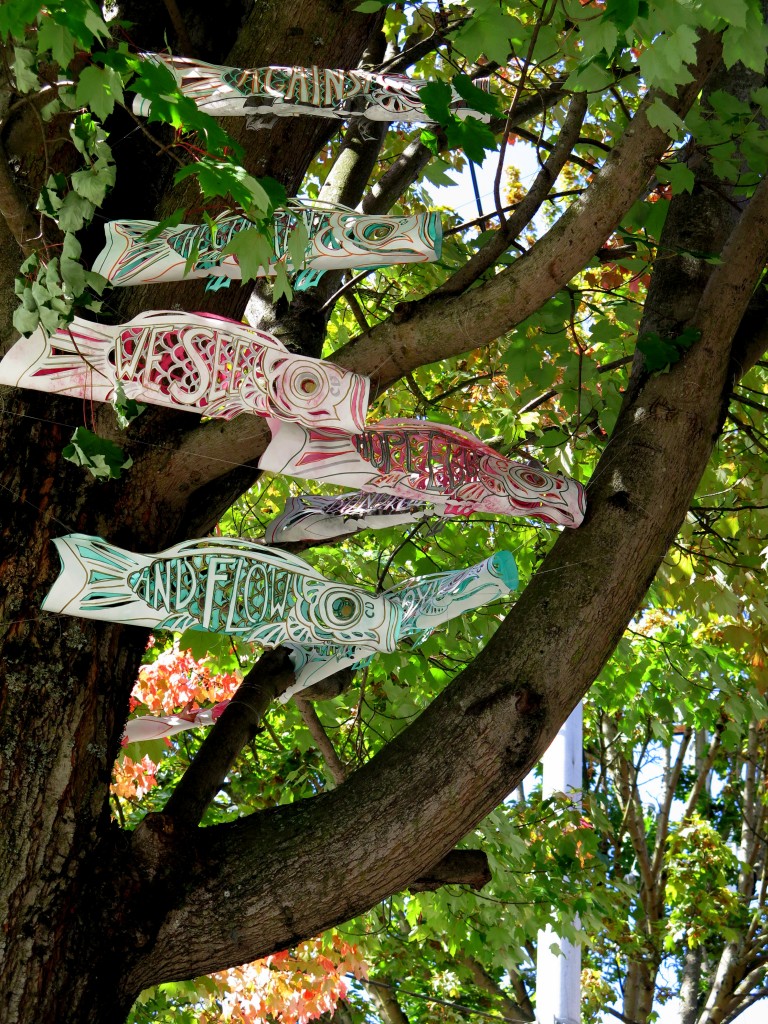 Who are you? Where are you from?

I am an artist, feminist, and scholar in training.

I am originally from the suburbs of Chicago.  My mom is Japanese, and had a big influence in my life, so Japanese culture and aesthetics have a big role in my art.

Message of my work:

When people see my work, I hope they can see some part of their own story reflected within it.  I try to weave in my own or other people’s stories as much as I can in my work.

The first piece of art that I remember doing that I feel really felt good about is a snowman I built in 3rd grade.  It was about 8 feet tall and meant to look like Snow White.  It only lasted a few hours before the sun melted its head off, but it was magnificent. 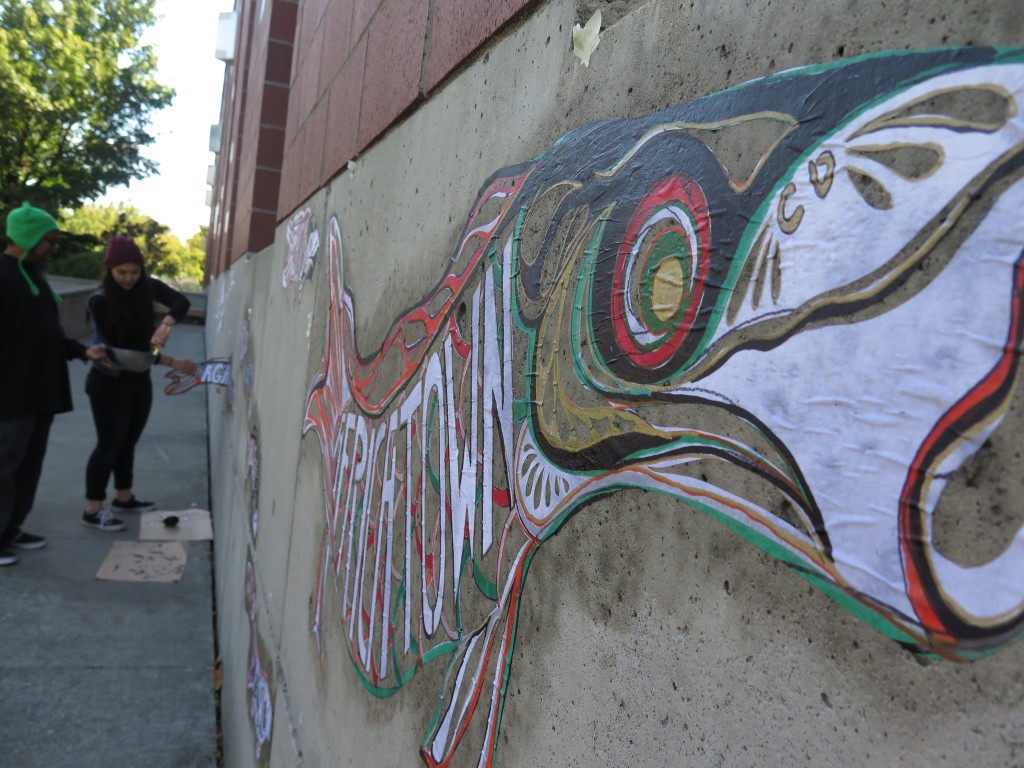 My favorite artists are those who aren’t afraid to use art to communicate their vulnerabilities as a human.  I’m really inspired by Hayao Miyazaki, have been my whole life.  I’ve also really been into Frida Kahlo lately.

I hope to be building large interactive installations that audiences can literally walk into.  I want to create new worlds. 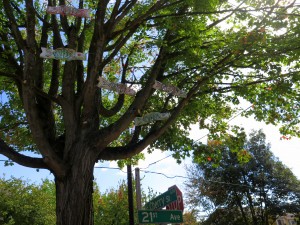 Being an artist is torture and a curse, but I feel really lucky to be able to create and think and grow.  Keep spreading Section 8! 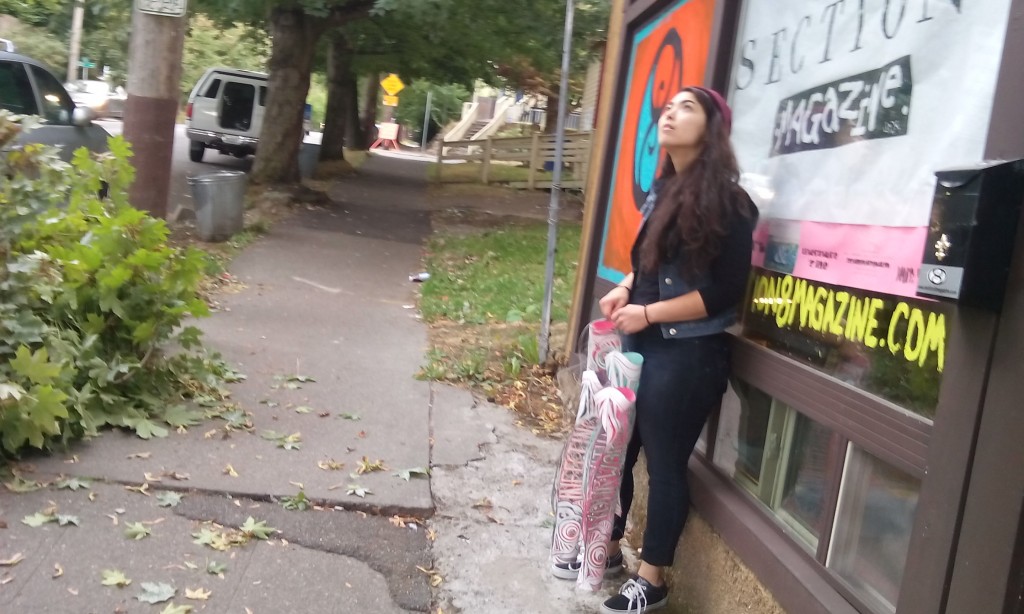 Interview with an artist: Sue Clancy

First of all Who is Sue Clancy and how did …