“The creepy guys ran pick-up lines on her:

“Are you tired? Because you’ve been running through my dreams.”
Dagney would swat them.
People were dogs, she mused. Mating in the dark like animals. “ 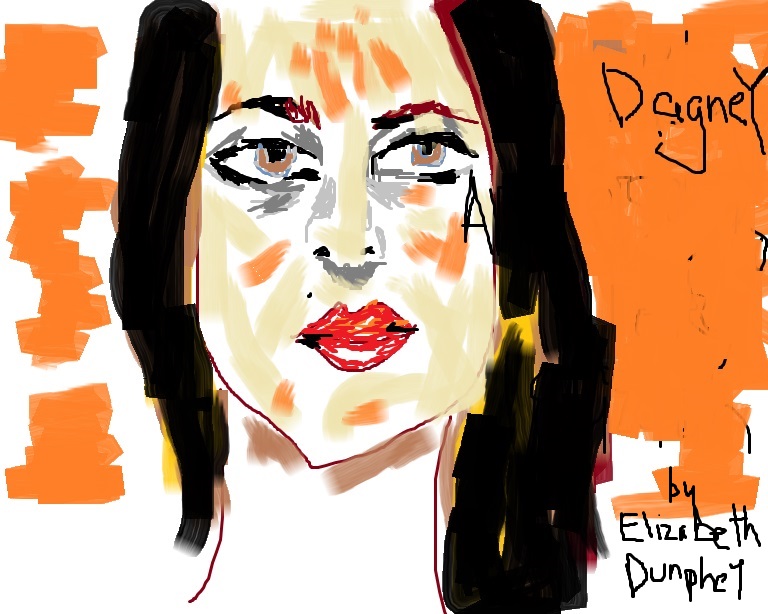 You could search forever and never find a voice so perfect, so soulful, so true. It was 1980, and Kim Carnes was tearing up the radio. That sweet sexy remake of a Smokey Robinson song ‘More Love”.
The 80s were the years Dagney Siciano ran away to be a barmaid in Hollywood, California.
That song symbolized a kind of an odyssey she had taken from the East to the West Coast.
It was almost like a patriotism, a song like that.   It made you feel good to be alive, and American.

Glamorous men and women, all from some other place, drinking in the dark. A lot of Midwestern girls. They had come to Hollywood to be famous movie stars or appear on Solid Gold.
They worked as waitresses.   They were pretty girls, ripened at 26. And they stayed stubbornly.
And all of them were practically Icelandic, or Norwegian.

“I’ve read for a script.” they would say, in a Fargo Midwestern drawl, pushing back their beautiful ash blonde hair. “It’s coming out in March. I’m the girl part.”

The creepy guys ran pick-up lines on her:

“Are you tired? Because you’ve been running through my dreams.”
Dagney would swat them.
People were dogs, she mused. Mating in the dark like animals.

“More Love,” sang Kim Carnes. How much love was ever enough? When you were so famous, you passed your face on the side of a bus? When the taxi driver knew you? When you always got a free drink on the house?

The one night stands, the pool halls, the diamonds, the celebrities breaking up.

There was a scent to the place, of scotch and Oriental perfume.

She’d grown to love Hollywood, but there was something sort of dreamy about LA people. The modern era and freedom from rules was almost hippie. Soft people. She would stare at the women more than the men.

She was in awe of their beautiful sequined dresses.

She just crept by in high school, earning a steady row of C’s, and then off for a year at Western Michigan University to study writing. She found writing left her, and turned to theatre.

She hailed from upstate New York. It was a austerely beautiful  and mostly puritan town with a big Italian population.

She cut class to suntan on the ramshackle, cheap beach.

Dagney had the perfection of ivory white ancestry .

The dumb as rock, duskier girls would tease her as she grew into that rosy, spackled color under her black bikini with white piping.

Necking in the car with Randolph Cazretto.

They were the It couple of their high school.

Dagney so fair-skinned, and both of them dark-haired: and regally beautiful.

Dagney was the winner for the homecoming queen. It was a landslide. She was built like a coat hanger, with waves of inky hair, flowing like silk, under her green prom dress.   A real deal Italian American princess.

Randolph was her first real boyfriend.

He was a hot Italian boy with a white guy afro.
He had a feminine laugh: she later suspected he was closet gay.   He was indecisive. Almost cowardly. He was a terrible writer too. She could never get through his derivative poems. He was the poor man’s Delilllo. 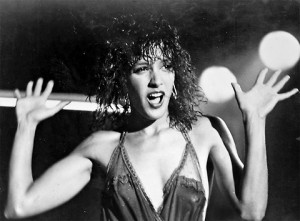 She hated Delillo -or maybe she was just jealous.

She got the homecoming tiara.

The photo of her in her crown tiara made the very front page of the yearbook.

“Farewell, to my sweet heart,” signed her best friend, across that picture. “Find someone rich and win the game!”

Randolph walked in. Her hand going to her ebony mane.

“How are you?” she asked. “Are you married?” (She had always been a blunt girl.)

“Not any more,” he flashed his hand in her face. There was a thin white line where his wedding band had been. ‘I divorced a little over a year ago.”

They went to a Greek restaurant, that got good reviews.

Dagney ordered baklava for dessert. Randolph reached across the table to feed her with his own hands. He was wearing a tacky shirt from JC Penny.

Sometimes he would laugh though, and it would sound a little sad.

He had a job, and his own apartment.

Hoboken was a touch nouveau though.

Some chemical thing. He admitted that he was on antidepressants. She smiled sweetly. She heard a lot of people were these days.   She passed no judgement, but this sneaky creepy feeling crept over her neck as if warning her to leave him.

That night, he walked her to her apartment. Her   beautiful Chinese fashion model roommate was gone.

He kissed her on the cheek. They didn’t do anything else. She felt revulsion at once.

As he held her hand, she felt an anxious feeling. What if good things started running out? She was a party girl. That’s why she worked the bar and fought off the boys at night.

She couldn’t think of anything more depressing in this moment that standing in the doorway, with Randolph Cazretto and his loser spiel.

“I’ll call you,” she told him,”when I’m back in Moffet.” Knowing she would not.

She tightened her camel hair and watched him walk away.

The terrible heat of memories shot over her. Kissing Randolph on the Mayberry beach at night, as the waves crashed and the lights of the Ferris Wheel glittered.   Her whole body alight with the forbidden.   She felt sticky with sweat on her round cheeks.

He had this funny quirk, he used to give her a sort of sly sideways grin after kissing her.

It was the expression of a young man in full powers of his manhood, his confidence.

And he would never get it back.

Tant pis, she thought, and closed her apartment door. 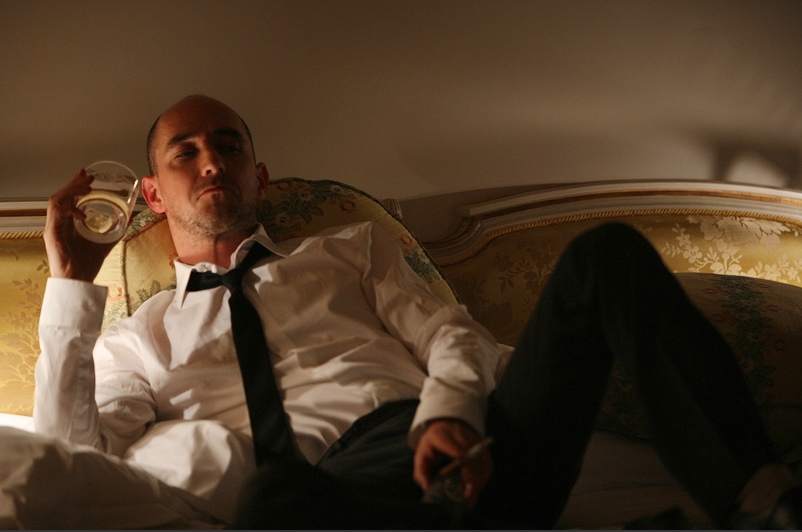 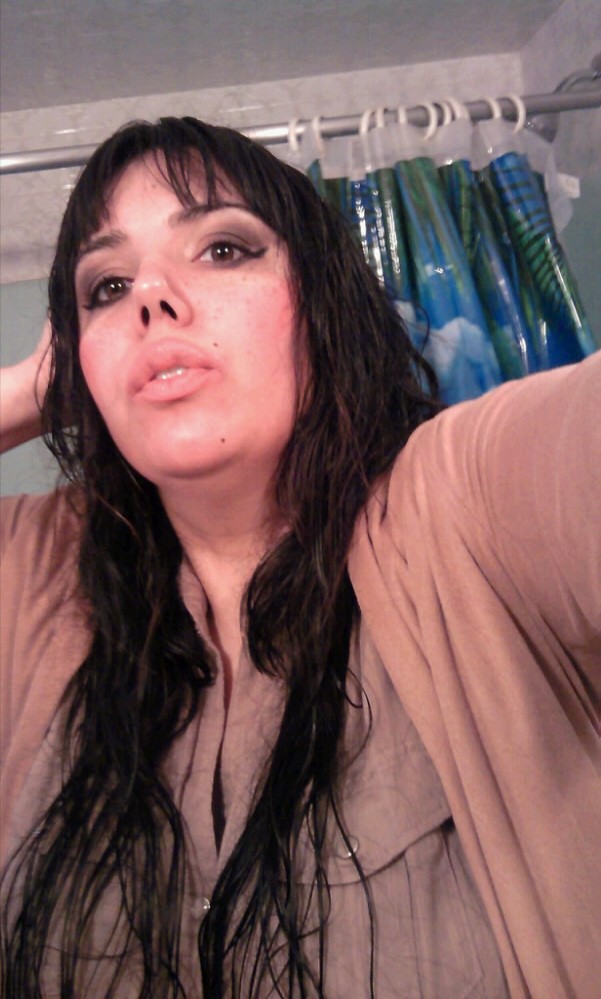 Ella at Fourteen (or Why Being a Teenager Sucks and …

And The Stars Were Misbegotten

Flash Fiction & Photography  Serafin Borgia When she stirred at …

A LYNCHING NEAR THE COLLEGE

A LYNCHING NEAR THE COLLEGE The ghost tree reflected in …