I remember everything about that night: the truth, the terror, the luck, and the lies. Someday I want to forget.

As always, Larry’s Tavern was dark and dank as a moldy cellar. A woman sitting at one end of the bar had hiccups. A leathery, trailer park grandma in a frizzy red sweater, she kept herself company with big gulps of bourbon and ginger ale. A stocky boomer guy slumped at the other end of the bar, wearing a gaudy blue golf shirt with a shiny brown sport coat. He burped and chuckled through a nasty grin. Six hours of cheap draft beer.

And I dawdled behind the bar, figuring how bad my tips would be if the night stayed like this. It didn’t, and then one thing led to another.

At first, the bourbon and ginger woman’s hiccups seemed like good news. When people at Larry’s got hiccups, I got more tips.  Because there are about a million dumb ways to try curing hiccups, but one cure works every time. And I knew it cold.

I stepped up to the bourbon and ginger woman. She swayed on her barstool, squinting to see me.

“I can cure those right now. Here’s what you do …”

Her hiccups vanished in half a minute. She pealed a delighted drunken laugh and handed me a nice tip. Works every time.

It was a slow night, so I planned for the burping golf shirt guy to get hiccups too. I grabbed a bottle of crappy, mint-flavored schnapps and poured him a shot. This rotgut always got me two tips, one for the free drink and another when I cured the hiccups it caused. But that night, one shot of schnapps would change everything.

“On the house,” I told golf shirt guy. He gave me a small tip. I knew I’d get another soon enough. Wouldn’t take long.

He downed the shot. And that’s when they walked in.

The tall one came straight to me and pointed a huge black revolver at my face. The short little rat-faced one stood to the side, bare hands in front of him, light hair drooping long and limp under a filthy baseball cap. They both looked dirty, jumpy, stupid, and stoned. Both were skinny as needles, with pasty skin as white as prison sandwich bread.

“The money,” the tall one said. He waved the revolver back and forth.

The bourbon and ginger woman had covered her eyes with her hands, head down. Golf shirt guy stared into his beer mug, eyes like harvest moons.

Larry kept several thousand dollars in the rattling old cash register, more than anyone might expect at a lonesome tavern.

“Righteous place to stash it,” he always told me. “No paper trail, no questions.”

I put the money, all of it, into a small, cash deposit bag Larry pilfered from a local bank but hardly used. I turned around to hand it over.

That’s when it happened.

He and rat-face sprinted out the door, swallowed by vacant darkness.

I tossed the bank bag onto the beaten stainless steel beer cooler beneath the bar. Staggering a little, I headed toward golf shirt guy. From where I stood behind the bar, I couldn’t see where he fell, only a spreading pool of blood, thick and wet on the grimy floor.

“You did the right thing,” he told me. “Always give them the money.”

Still wobbly, I glanced at the beer cooler. No bank bag. And it wasn’t anywhere on the floor, either. I already looked, before the cops got here.

And based on my description, the newspaper wrote, police were looking for two robbers. Two tall men with short, dark hair, olive skin, and muscular builds. Exactly what I told the cops.

I told Larry I couldn’t work at his tavern any more, after everything that happened. He said he understood. But, of course, he didn’t. Mostly he didn’t understand how the bank bag fell into the open gap behind the beer cooler, where the bar and cooler weren’t flush against each other. How it got stuck down there, but I found it. Then, after the cops were done, how I reached and strained and pulled to get it. How I opened it and counted the money … $5,251.

Maybe not enough for some people, at least not enough to do what I did. But for somebody like me, born to live a hard life, it meant everything. Because Larry also didn’t understand what it was like to work in a place like his tavern, night after night, where even a good night really wasn’t good and on a bad night somebody got killed and you felt grateful it wasn’t you and ashamed you felt that. Dark, sad places with a faint odor you can best describe as desperation. Desperation to escape to anywhere, to be anywhere except wherever you were. $5,251 gave me a ticket. Escape.

But right now I wasn’t going anywhere except the police station.

On the phone, the cops said they just needed to ask me a few more questions. Routine, they said. I’m not what you call highly educated, but I’m not stupid either. When they put me in an interrogation room, I knew they meant business.

Police interrogation rooms are cramped, mean little places where cops lie to people they think lied to them first. I believe this not because I lied to the cops about the robbery, which I did of course, but because I’ve read every Harry Bosch crime novel ever published. I planned to stick to my story anyway, because everything I remembered about that night whispered to me. Every detail.

The room smelled like sweat. The cops were the same two detectives that came to the tavern after the robbery, a lean older man and an attractive younger woman. Now intent on exposing my lies by lying to me, they wore savage smiles. Suspicious and distant, they seemed to despise me.

The older cop’s raspy voice was somewhere between a hoarse growl and a raw scrape. He told me another witness gave a different description of the robbers. Mine was way off, too far off. And wasn’t it funny that I quit my job right after the robbery? Like maybe I just came into some money. I guess cops think like that.

Then he got right in my face with his raspy voice, his spit spraying me. They knew I was part of the robbery, he screamed. Remember, they both told me, you didn’t shoot the gun but the murder’s still on you. The murder is on you, it’s on you, just like if you pulled the trigger. They kept repeating it, screaming it. They knew all about it, knew everything, they said.

The older cop got frenzied, uncontrollable, screeching and spitting at me. “Tell us the names of your partners,” he shrieked. “Is a three-way split from a chicken-shit bar heist worth a felony murder charge?” They knew all about it, the cops kept saying. The murder is on me. But if I would just sign a statement, they confided, maybe I could get a lighter sentence.

Five hours later, they let me go. There was no other witness. No partners. No three-way split. Almost nothing but lies.

The cops didn’t apologize for the deceit.

“You were a suspect,” the woman detective said. “We always check somebody like you.”

Four days later, the cops arrested a short little rat-faced man after he robbed a liquor store. The prosecuting attorney told me about it. He said the detectives put the rat-faced man in an interrogation room, where they told him they had a witness to the robbery-murder at Larry’s Tavern and they knew rat-face did it. They knew all about it, knew everything, the cops told rat-face, because their witness saw rat-face and another man take the money, and saw rat-face do the murder. It’s on you, they told him, the murder is on you. But if he would just sign a statement, they said, maybe he could get a lighter sentence.

So rat-face figured cooperating made sense. He confessed to robbing Larry’s, taking the money, exactly the way the cops told it. Except to get a lighter sentence he put the murder on another guy, a tall, skinny man with a pasty white face. The tall, skinny man told a completely different story, of course. Said the cops and rat-face got it wrong. Said it didn’t happen like that.

Then ballistics matched the murder bullet to a gun the tall man was arrested with. That was the end of it. The robbers gave guilty pleas, went to prison. And I made plans. To take the $5,251, leave the lies, and be anywhere but there.

Case closed. The prosecutor said witnesses like me make mistakes because we’re traumatized from getting robbed, seeing someone murdered. But confessions and bullet matches don’t lie, at least not the way guilty killers do. 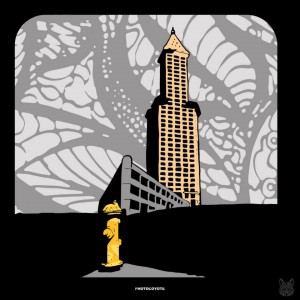 Peter DiChellis writes short mystery and suspense fiction. His sinister tales appear in several mystery anthologies and ezines. He is a member of the Short Mystery Fiction Society, which sponsors the annual Derringer Awards for the best mystery stories of the year. For links to Peter’s published stories, visit his site Murder and Fries at http://murderandfries.wordpress.com/

This story is an original work of creative fiction. All people and events described or depicted are entirely fictional. Any resemblance to actual individuals or events is unintended and coincidental. 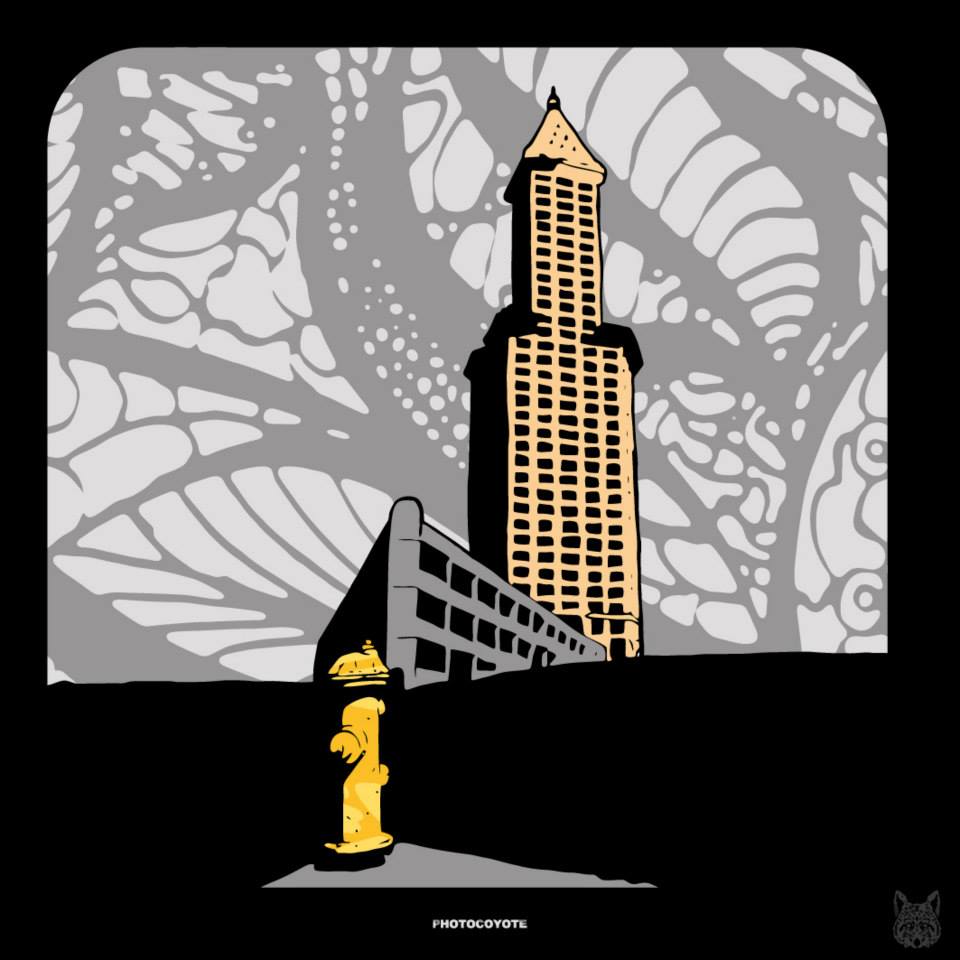 Bob Dylan gave us something to think about through the …

Quint Gallery is pleased to present a group exhibition by four artists from Los Angeles, featuring new work by Larry Bell, Gisela Colón, Mara De Luca and Heather Gwen Martin. The opening reception will take place on Saturday, December 12th from 6-8pm and is open to the public. …