I’m the only boy in this family, maybe even in this whole world. I live with my great-grandmother, NeeNee, while my mom flits about Transylvania on an endless holiday. My great-grandmother talks like a tuba and stomps through the house with a peeling cane. A trail of dried herbs falling from her hand-rolled cigars scribbles her path, which I sweep up behind her. When I was learning to talk, the story goes that I wheezed out NeeNee instead of Nana. So the name stuck these twelve years despite my protests.

This morning, NeeNee told me to dig up the roses while she plastered my face and arms in her homemade sunscreen. “Screw them roses. I’ve had it with their persnickety water guzzling.”

Her cigar bounced between her lips and the ashes swirled a small cyclone around us. I coughed, and tried not to wave away the smoke stinging my eyes. I’ve never told her so, but the sun still burns me underneath this whitewash.

“But what about Grams? She uses their petals in her potions.” My grandmother lives next door to us. She cooks in her cottage all day over a huge black belly of a pot and she smells like old candy canes. She kisses my face with her ballooning lips when I harvest newts and then pop out their eyes for her.

“Your grandmother is just going to have to get her rose petals somewhere else.” With that, she exited the kitchen. She poked out a Morse code with her cane as she went: thwack, thump, thump, thwack, thump, thump. Her favorite cat Tabitha spat at me and then trotted after her. All of our hundred cats are also girls. The only time they come close to me is to split open my legs with the glass shards they have for claws. But my NeeNee and my Grams think they’re the bee’s knees, so I try not to mind too much.

I didn’t tell NeeNee that the roses are my favorite plants in our whole yard erupting with vegetation. But I dig now anyway. The spade of my shovel looks like the fur of a manged leopard with its pings of rust. No matter how reluctantly I stomp the blade, it sinks into the doughy ground. The roots untuck from the earth and spring towards me like dreadlocks. Yellow petals fall like flakes of dandruff onto the wood tendrils.

A big brush of mint grows next to the roses. Its green leaves begin to flicker like ten thousand tiny tongues. I drop the shovel to the ground.

When I bend down and part the mint leaves, a chocolate bunny is in the center. It looks like the drugstore kind you can buy around the time when that monstrous rabbit breaks into houses, baring its venomous fangs. That’s what my family says anyway. The size of this bunny though is like the palm of my hand. As I bend closer, it comes to life before me. He’s just a baby, with feet four times the size of his body—just like mine.

I want to feel his velvety ears, but as I extend my hand forward I freeze. When the cats give birth to slimy pucks of kittens, I’m not allowed to touch. They mewl beside my bedroom door for hours at a time, screaming like a big red button that I’ve been told not to push. If I do, their moms might not want them again. This isn’t a problem for NeeNee or Grams or Mom, who massage the babies and parade them about the house and the mama cats still accept the kitties just fine.

Funny bunny takes off. But he’s so small, his scurrying doesn’t get him far. He trips over his long back feet and face plants every few steps, burying that pink twitching nose in the blades of the sharp grass. I walk next to him, as if connected by an invisible leash. I want to touch him. But NeeNee echoes in my head. Don’t you touch those babies. They’ll stink of male and their mom won’t want them no more. I spin in circles as I jump on one foot, grabbing and hugging my arms to myself. 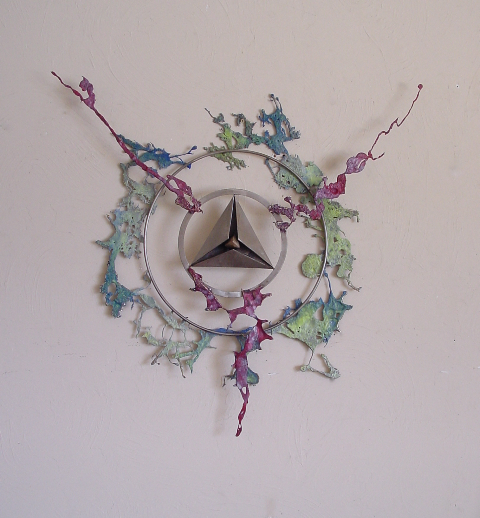 I’m half way between the roses and the bunny now. Bunny pushes forward and the roses faint towards the ground.

“Screw them roses,” I call like a promise to my baby bunny. I stamp the dirt back over their roots, anchoring them again into the ground. I arrange their drooping buds. Then I search, looking for his mother in our tangled yard.

He buzzes toward the poofs of citronella on the side of the house. He’ll be safe there, with those tickling fronds. I know from experience. After the vampiric bugs of the holly trees have left me anemic and swollen, I sprawl beneath them too for protection.

I don’t find his mom in the thickets of apple blossom. When I scour the rosemary lining the base of the house, there is nothing but the cats who box my ears from the porch above. Rummaging through globs of chamomile, the bushes tickle me with their elongated fingers until I stomp away with a bellyache from laughing so hard.

After a time, I find his mom in the tall sprigs of golden yarrow by the owl- 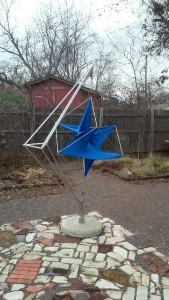 house. A garter snake stands sentry at her sarcophagus of lacy fronds. Her eyes have been poked out by crows already and she is swollen with death. The chocolate bunny has no one.

The camphor bushes shade him when I return to my bunny.  I pick him up and cradle him to my chest and then decorate a shoebox with carrots and apples next to my bed. It will be he and I, brothers in this world of women. 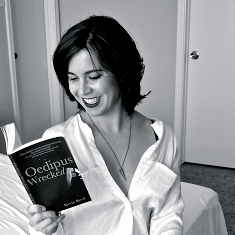 Interview with an artist : Alina Smocov

Who are you and where are you from ? My …

Poetry by Weam Namou ‡ Art by Luis Rosenfeld I had …