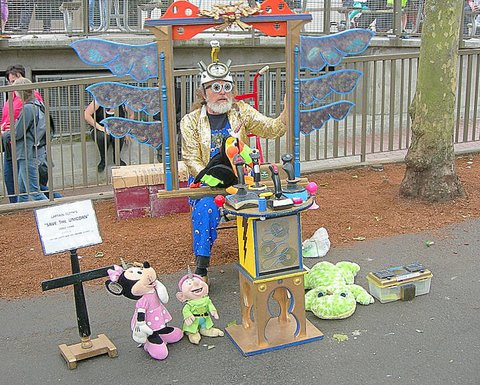 with an obelisk neck

over the liquid smog of her backyard

A cacophony of little bubbles and metallic

The lion pit under her wafer of moldy bread.

in the cataracts of her eyes.

toward the cloud waves

who clap down at us

Tells her to wait; he wants us to pray.

We, eager children, we, crouched virgins,

at our first circus show.

The trees stop bristling and the shadow men

hide and whisper in every darkness.

The cloud waves touch their peaks

He flew higher than all of our kites —

the Salamanders, the French Pussy Willow.

and held to her ageless touch.

Under a sky turned electric,

atop discarded bags of

We saw, from our grassy nave, in physical form,

the definition of faith. 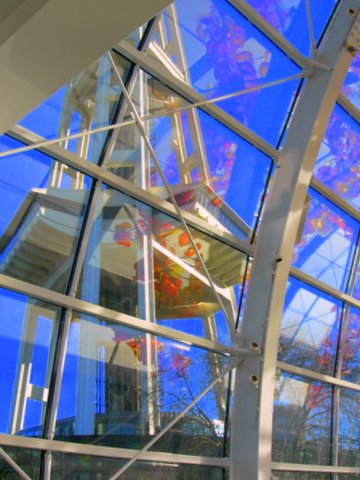 Nights of the Summer Drought When the Dust Buried Thought

on the still liquid of onyx coffee

left out from the night before.

across its dusted side and will sit

And curses her Husband’s forgetful ways

along with the stumped cigarette remains-

in front of his favorite thinking spot.

(His derriere imprinted on the listing porch,

made less mortal by the wood rot

which struggles to hold the weight

of his nightly thoughts.

And the infinitesimal poofs which float in through the summer breeze

remind the Husband of fake snow on stage

from a play he saw years ago in Ames,

I’ve seen what it means to be dead-center

But still to fade.) 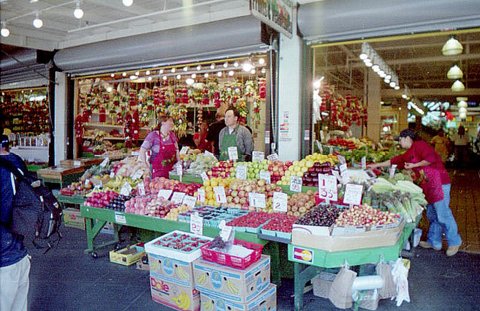 Today I bought a Redwood seed

And will plant it in my parents’ field,

When it is two years old.

And many years from now,

After the last human has died off,

And when some great, adventuring species

To this planet and perhaps questions my tree,

They will never know this tree

Was nursed and coddled to infancy.

This tree was ogled with tipsy curiosity

At dinner parties and saved many from

“Now, what could this little fellow be…?”

Our little company radiating in the synthetic glow

From the TV who screamed of future wars and siege.

We couldn’t hear the leaves whispering behind

This tree endured so many years of dress-up.

Wrapped up lithe and tight,

“See?  There’s still something to be happy about!”

This tree that swayed with the breeze

Of my trampling steps

And caught a whiff of salty and sour breath

From my mother’s drunk tears.

And felt the force and was also injured

By the bullet spray of our careless words,

The cat catch the mice.

And we will never know,

Though we will always suspect,

That the dog relieved himself on the tree’s base

At least a few times.

After those long day trips,

When we’d race home and, to our surprise,

Find no surprises from the Dog.

We’d look at the Dog, look to each other, look to the tree…

Then shake our heads and knock

Such a silly notion to the floor.

That one day I stood with the tree

And saw myself reflected in its leaves

And knew it was time for both of us

The tree heard the excited tone in our conversation

But could see and feel trepidation on our breath.

We hung around after the dirt had been pressed

And patted against the ground.

We whispered comforting and loving nothings

And talked big-talk about the future of our gentle beast.

And watched the tree in my rearview mirror,

This simulacrum already giving hints about our future.

When they come and question this tree,

They will not know what it means to be rooted,

by nature, to an Aboriginal Memory

in a cracked terrarium-

And they will not see my hands

Which planted the seed. 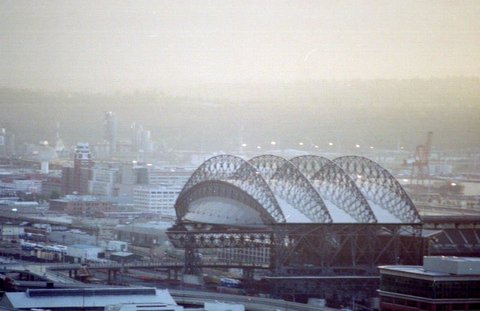 Blushing Thursday in the parking lot
Peeked through tinted windows

The genesis of the Big Bang:

The birth of some little universe formed
at the crossroads of
Synthetic-leathered backseat seams
and a rumpled heap of jean
casually resting at the feet.

One final rhythmic tug ignited the great explosion:
Viscous liquid stuff sprawling forward,
the born strength of forged and flying elements:
Hydrogen, Helium, Lithium, Beryllium,
each dwindled into protein,
each a million years old,
all hurried down to a sweaty, clenched hand.

The solitary participant relaxed into his sticky seat,
the dark matter of his mind faded and ceased. 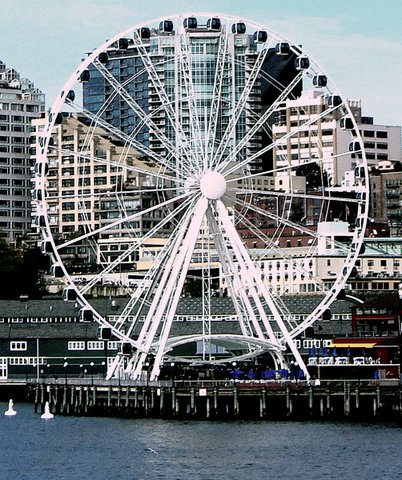 And, if the narcissist Mary Vetsera hadn’t been so impressionable

(Such a young romantic, only 17 years old)

Perhaps she wouldn’t have agreed to that suicide pact at Mayerling.

The brackish of new-age and old blood

The host of a continental flood

Which could only carry and birth a great skeleton, for

The fish rots from the head down.

That fateful glass of contaminated water,

On the dried out badlands of Egypt and Palestine;

The strong man, the oak tree, never would have shook

And sweat with Typhoid Fever

And then cursed the jaunt of travel in his death.

So that ultimately -perhaps- Franz Ferdinand and Sophie

Wouldn’t have held the weight of a price so heavy

It was dealt with in a string of fate:

That magnificent Clotho took her time

With nimble fingers and fretted line

She wove the braided noose and cackled at

Hatched in the fevering mind

Of an assassination gone awry:

When the car pulled up he dropped his drink.

Or that shatter of glass from which it leapt

Or the trail of steps its liquid momentarily kept.

He walked to the vehicle.

The weight of a familiar metal pressed in hand,

A glint of black that rarely left the night-stand,

And a thought, ‘steady and fast’, his only demand.

The final words of Archduke Ferdinand

Matched those of Princip’s thoughts:

(In the perfect world)

The Great War would have never been fought:

The young Kaiser Wilhelm II with his young Germanic Nation

Couldn’t have made the worst militaristic decision

Of crossing into Belgium

(In pursuit of the French)

To outrun the Russians

Which enticed the British into an attack of reparation.

The guilt and damage of the Second World War

Wouldn’t course through my blood.

Over some now broken-down and long-gone bike

Causing her to flee Germany to make some ridiculous, stubborn point.

Leaving the mountains of the Black Forest behind and

The small flowers which peppered her countryside.

She left the land but not the mindset

And my Grandmother cried while we looked through

Pictures of the Holocaust in some addition of Life.

Wipe her face which stung and was tattooed for

The water dries but the salt will stay

The invisible insignia of past mistakes.

I wouldn’t be laying here abstract and stretched to fit

In this outgrown bed, the bottom of my pillow wet with sweat,

Watching a hummingbird buzz and flit in the growing dawn:

The morning breeze brought him in

Confused by the smell of our salty sweat

The scent of the intrepid.

His rhythmic pulse and the push of his little head

Against the stone ceiling

Match my own beat

And a well-known feeling:  a glacial heat

That swells in a mistake recognized.

Together we stay determined:

We’ll break through that looming ceiling 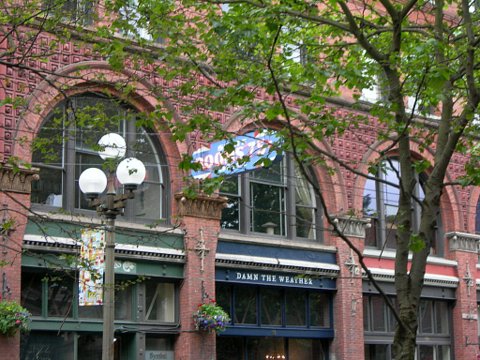 The joys of obliviousness

“My muse and inspiration is gathered primarily from the human …