Hundreds of years ago, the women of Hunan created a secret script to share feminine feelings, including fears about arranged marriages, husbands and of course, mothers-in-law. Mrs. Yang, the last practitioner of Nushu said, “By writing, so much suffering disappears.” New York Times: October 6, 2004.

Huddled in the kitchen,

splayed on the table–how they begin

to clench, the knuckles turning white.

My sister says, You don’t have to marry him!

I chime in, This is America! You don’t have

to marry someone you don’t love.

An odd smile on Ming’s face draws down 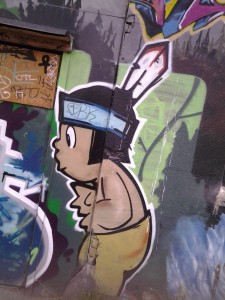 the corners of her mouth as if the folly

of our voices could make her laugh and cry.

What do we know?

If she were a woman of Hunan in the 19th Century

she would be married now, writing

pain between the ribs of a fan

in a language hidden from men.

She would be lamenting her life in marriage,

and the tyranny of her husband’s mother.

We don’t know about Ming’s debt,

the years our parents sent money

to keep her alive in China.

We don’t know about our own mother’s debt–

repaid by coming to America at sixteen

to live among strangers.

This is America, we say.  You don’t

have to marry someone you don’t love.

We go on to marry as if we will be lucky

in love, as if we are holding a heart of green jade.

: Disconnection: The ties between Toxic Masculinity and the internet

Opinion by Adam Brown ♥ Art by Kavinda Silva All …