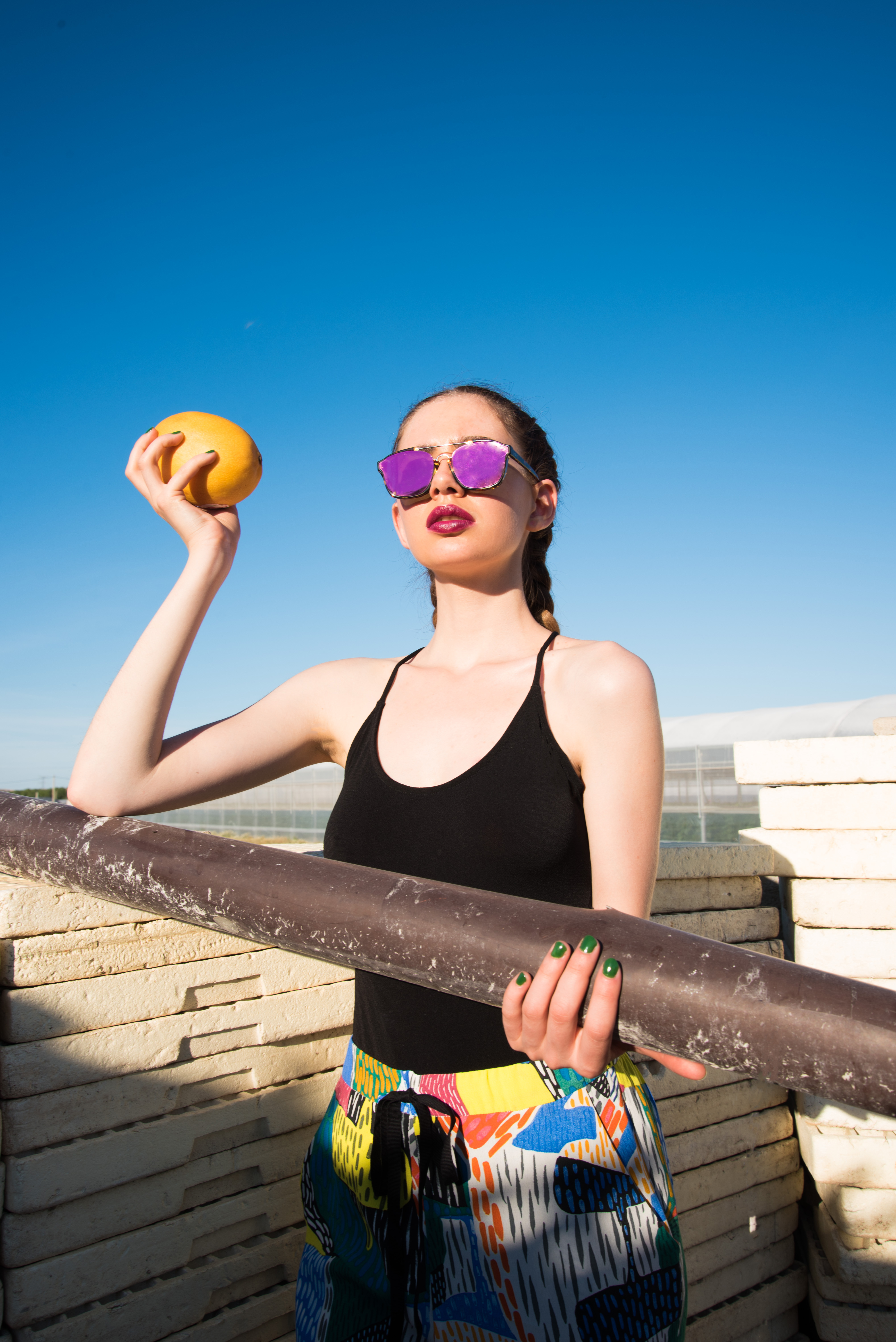 “That apple is so plump. It’s about to fall.” Liz was breathy as she regarded the swollen fruit, its shiny red skin already darkened slightly in comparison to the higher hanging pieces.

Her skin vibrated, dewey from lovemaking. White light still pulsed behind her eyelids when she blinked. She took a deep breath and stretched, rolled away from the window, and glanced at Jack. He crouched on the floor nude, digging through the pile of their clothes.

“Damn cell phone is dead. I think it’s time for a new one.” She ran her eyes down his neck and and across the bulging muscles in his chest, tracing his form as she arched her back to stretch again, slowly, deliberately. His eyes emptied of thought and he focused on her breasts.

“I was talking about the garden.” She flashed Jack a smile. “You mean, your neighbor’s garden.” Without taking his eyes off Liz, he plugged in his phone and climbed back on the bed. “That tree branch that hangs over my fence is mine to harvest as I see fit.”

He pulled her closer, “I bet you say that to all the boys.” He chuckled and buried his face in the curve of her neck. “Do you have a gig tonight?” She tried not to moan, his lips on her neck, his skin against hers, and tilted her head to look outside at the garden drying out in the midday sun.

Jack sighed, “I have a roof replacing gig first thing in the morning.” He tried to move his head lower but Liz wrapped her arms around his waist and pushed her chin to his.

He sighed again. “It’s not the club owner, it’s Mal. He thinks he’s spreading sin and wants me to replace him.”

Liz chuckled, “Your brother the saint. Funny, he didn’t think that when you two were writing the songs.” She turned her face to her garden again, more stern now. “Regardless, I am down a bass player.” His tone had soured. “I shouldn’t have brought it up.”

Her eyes snapped back to his face, gleaming angrily. “I brought it up, and why not? You can’t talk about your troubles with me?” She tried to scoot away and get a look at his face. 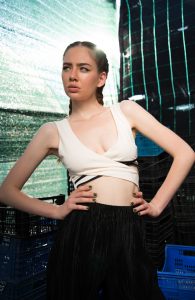 “ I meant, I shouldn’t act like I want you to fix it is all.” He wouldn’t meet her eyes. Liz shook her head, “You meant something.” She didn’t want to look out the window anymore.

“Maybe I did. I mean, God! I can’t even talk about the band with you because I might mention Mal.”

“This is not about him.”

“The hell it isn’t.” Liz was off the bed, pulling on her sweat pants. She turned and stared hard at Jack.

“What the hell does she have to do with it?” Jack’s eyes were closed but she knew they were full of anger. The hard set of his frame betrayed his worry, took the wind out of her sails. Liz held up her bra and stared at it, contemplating laying back down.

“Why are we arguing? You should just find a new bassist right?”

Jack still hadn’t relaxed or opened his eyes. “ I’ll find one you’ll really love.” He put a heavy emphasis on the last word. Liz was suddenly vibrating again. Not from pleasure or anger this time. She looked quizzically at Jack. Fear danced through her gaze before she could help it. He still wasn’t looking at her. She dropped the bra and joined him on the bed. He pushed away the hand that reached for his, so she lay next to him silently for a few minutes.

“Is there something you want to ask me?” LIz blinked wet eyes up at the ceiling.

“There is nothing to ask or tell. I knew what I was signing up for.” He relaxed a bit, one hand sliding down to pat hers.

Jack rubbed his hand over his hairy stomach. “He makes you laugh.”

“I’m not the only one.” His teasing didn’t reach his eyes. They turned to each other slowly. Liz had her chest pressed up against Jack, her back to the window. She looked him in the eye. “I am not having any more children or another marriage. He’s too young for me.”

“Which is why you spend your time screwing me.” Jack stared her down with a very tired pair of eyes.

“Self pity was never your thing.”

“Said the pot to the kettle.” He kissed her neck to soften his words.

Liz pushed him back so she could see his eyes. “ I am not ever going to be with Mal.”

Those eyes were suddenly full of fire as he pulled away. “I know. I’ve served my purpose well.”

Liz reached for Jacks arm, her eyes begging him to understand. “I never touched your brother.”

“And you touched me just enough that he will never be tempted.” With that, Jack shook her off and sat up. Liz turned her back to him, eyes stinging and stared outside. She watched as the breeze pushed at the leaves and made the branch of the apple tree swing, scraping the top of the fence. The motion jostled the tree enough that it shook the last big apple free. 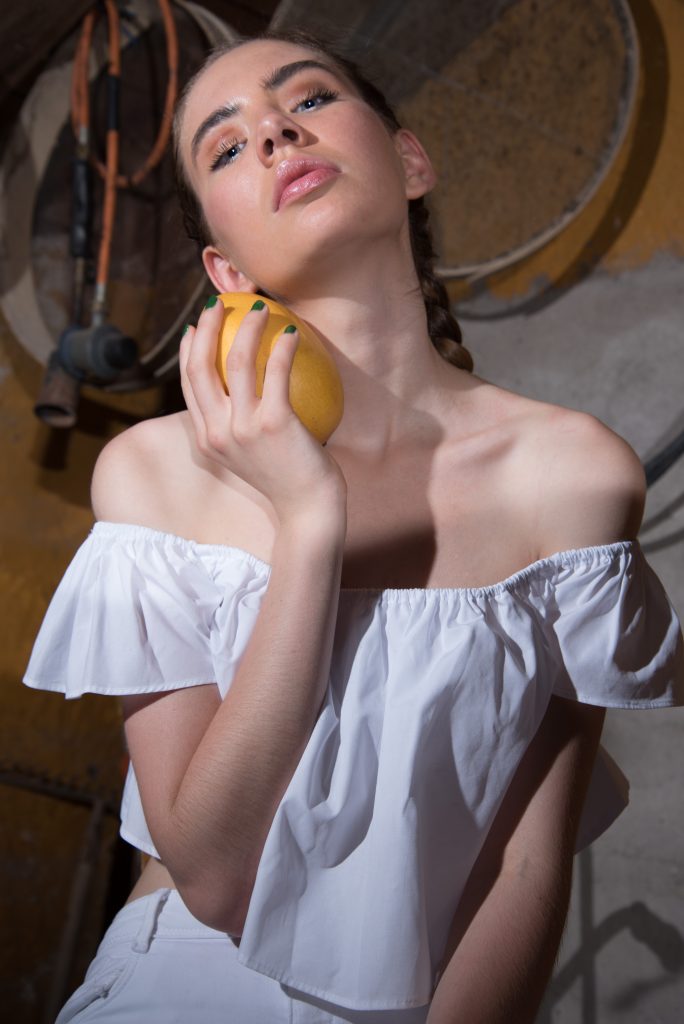 It hit the ground and rolled under the kid’s trampoline. Liz didn’t move. She heard the zipping and rustling behind her as Jack dressed.

There was an audible thud when Jack slammed the door on his way out. His voice traveled through the walls of the ancient house as he barked into his phone. She heard his tires spitting gravel and rose to put on a shirt. After a few minutes, she found herself in the back yard. When the gate swung open, she was sitting cross legged in the middle of the trampoline polishing the recovered apple with the edge of her shirt. There was a huge brown bruise on one side where it had struck something on the way down. There was a deep gash on the other, puckered and dried. That side had hung toward the neighbors.

Chubby hands pulled at the edge of the trampoline until gorgeous eyes and plump cheeks came into view, followed by the tumbling form of her 8 year old daughter. The babysitter could be heard slamming the car door and singing to the little one, her steps squeaking up the walk.

“Can I have a bite Mommy?” Pigtails rose in the air and slapped back down as her eldest bounced without a care.

“No, this one is not for you.” Liz blinked back tears. She held it up to show her daughter the worm crawling out through the broken skin.

“I can get us the step ladder. Then you can toss that bruised one to the birds and we can all have new ones.”

“ The new ones are not for me.” Liz wiped the back of her hand across her face and hopped down to grab the stepladder out of the garage. She stood up very straight. “I’ll pick a nice one for you to split with your brother.” With one final wipe of her eyes, she lifted the lid on the bird feeder and dropped in the bruised apple, wiped her hands, and turned back to her children. 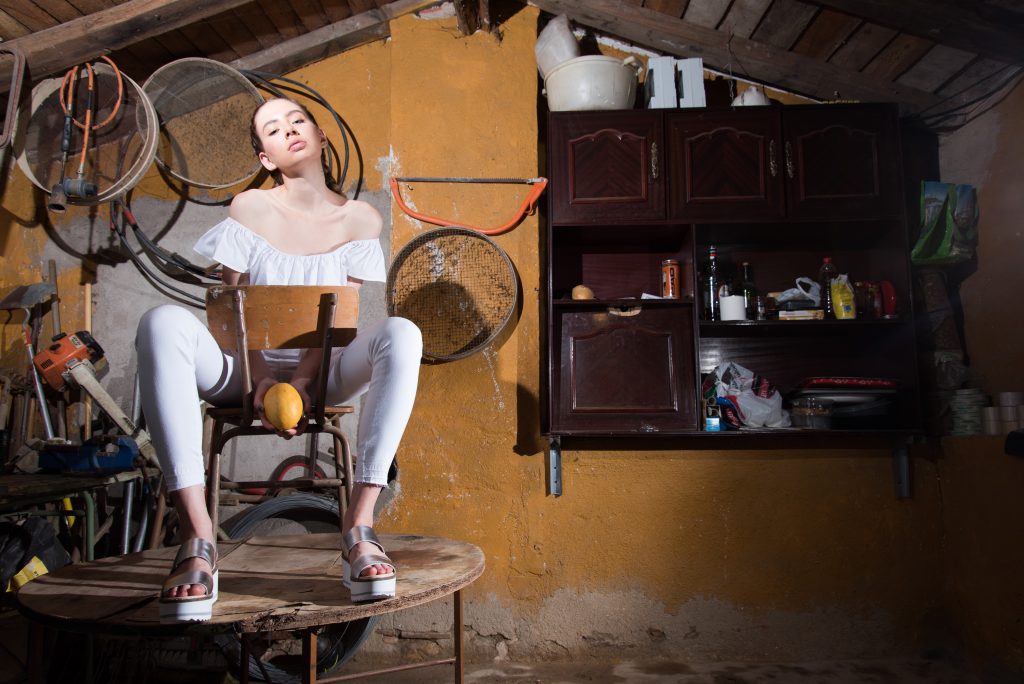 Art and Poetry by Maro Kentros Why is it that …