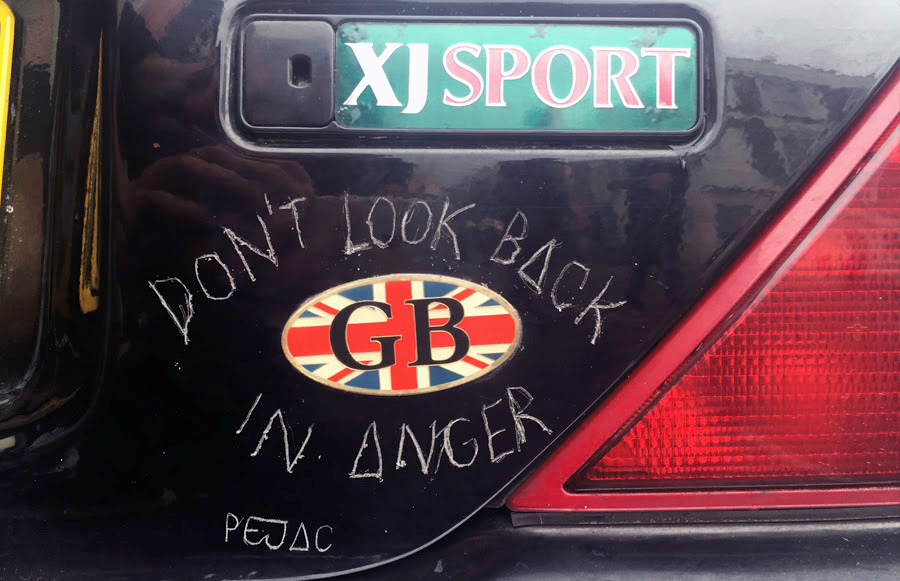 I want to be a Journalist

Because, look, what do I care

where the line of reporting ends

and the blind of exploiting begins?

I want to be a journalist and have my name

n print or spoken on the media waves.

New York, or London. Or Paris!

Not like the dusty old days, my professor tells,

when you had to adhere to clunky standards,

Now you can do pretty much what the hell you want,

as long as you squeeze in your conflict,

which is the bottom line they teach

in this famous Journalism school,

rated number one or two or three.

Whether you report for the State

Inquirer or for MDS or Boxtrot

News, where they don’t forget to

add how they balance things out

and play ball on a fair and level, if bumpy field.

And being blonde helps to get you hired,

so my hair is tinted yes.

And as any insider to the biz knows, the coup

of the “news day” is getting some maudlin fool

or distraught victim to cry on camera; for tha

the reporter gets a promotion, if not a raise!

Or even PPC News where the reporter sought

the brother of a plane crash victim in Egypt

and pushed the journalist question down his throat.

—How does it make you feel

that your bro has gone missing?

And not just missing in a plane, but over

Because, really, unnerving questions are so cool,

and just one of the journalist’s tools,

they teach us at this top-rated school, so

sure, I’m gonna be a journalist, I’ve decided, 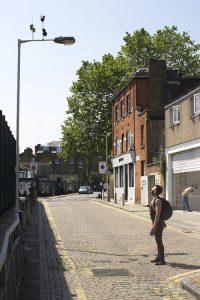 No stuffy standards anymore, when

I can get away with asking any gauche thing

I want, and I’ll be fired only if the producer

judges me to be not correct, politically as it were,

depending on who’s got the power; know what I mean?

And sure, even if  a publicly-funded MBR reporter

shot dead in a rampage, just two days after, and then with a

in the face of the dead girl’s four-year old sister:

—Hey baby sister, how does it make you feel

that you got no big sister no more? Take your time

to answer, the cameras are rolling.”

I mean if you can get away with shit like that

and producers still put you on the radio, and you

still get paid a good  salary, I figure what the hell,

I can do anything where freedom rings!

has come a long way since a line was drawn

between reporting and exploiting,  but that line was

always one writ in water, and as for me,

I’m gonna leap that line soon as I can. Yes,

I’m choosing journalism as my career! 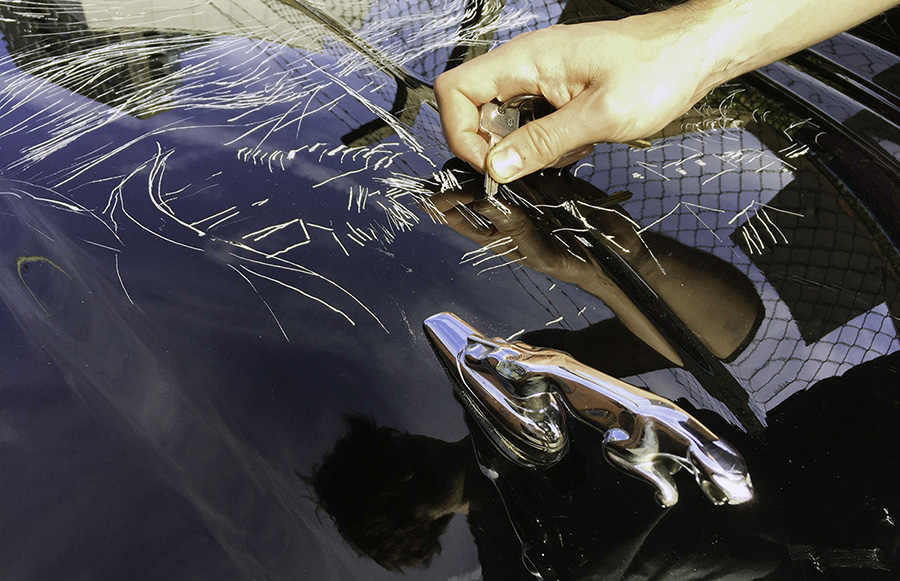 Give the Media the Credit They Deserve

We have to give the news media the credit they deserve;

they worked hard on this issue to make our day.

That England should stay, not declare their

independence from a bureaucratic EU, no.

Oh yes, the media had many a commentator on the air,

telling us how the vote wasn’t going to happen,

and how it wasn’t the best thing for them Brits, anyway,

and assuring us colonials on this side of poll percentages 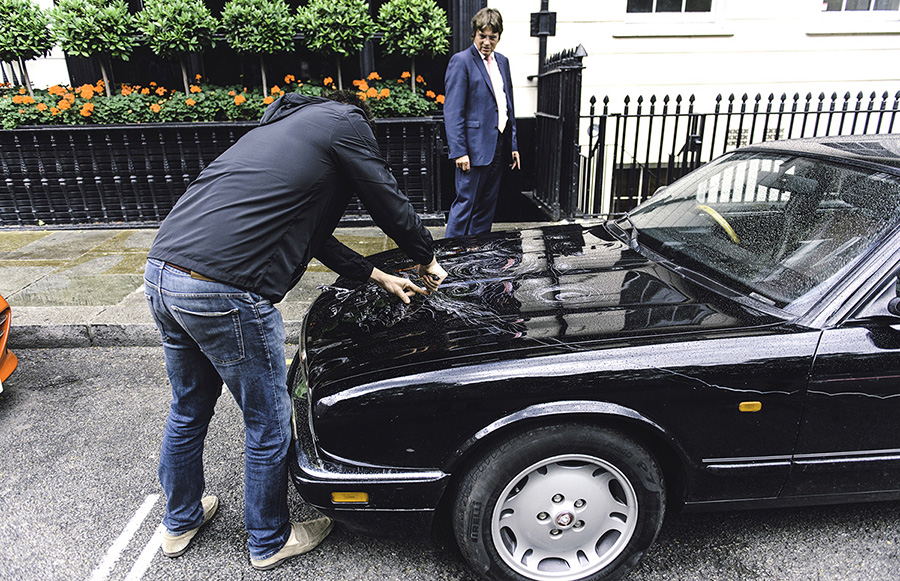 that only the genius statisticians, who often neglect to give

the sources of those numbers that producers make up,

because after all, how horrible it would be to leave the EU;

for the almighty stock market would fall some points,

and the English pound suffer, God forbid, and the bankers and stock

marketers and the politicos and frothing money mouths insisting

nothing could be worse than a loss of capital, and such

by those who always put the money factor ahead of any value,

and the-big-powers-that-be that even got the U.S. President

to make a special trip in April, 2016 to London when really

he might have kept his nose cleaner on the west Atlantic side;

we have to give credit where it’s due—be it print, radio t.v. or public news;

they did their best to serve their corporate and political masters, and usually

the media get the job done, determining policy and what we must think,

and, it’s true, many of the media ilk were honestly shocked and

dismayed when the independence of England could not be smothered.

write the script, but seems a historical fact that once in a red, white, 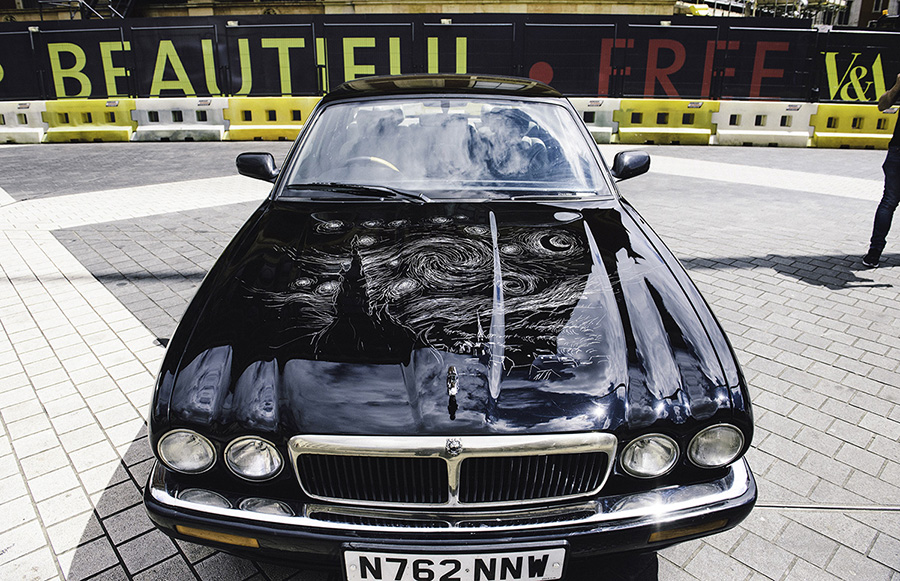 ”Passion can lead us to destroy and in a split second it can push us to create. We are unpredictable beings, anger is a necessary emotion.”  Pejac

Titled ‘Don’t Look Back in Anger’, Pejac recreates Van Gogh’s ‘Starry Night’ as a response to the UK’s decision to Brexit. By scratching onto a Jaguar, the iconic British car, the artist addresses the human obsession to cover marks and scars by turning them into something positive. This work precedes his solo exhibition on July 22-31.

Who are you and where are you from? Ralph Redmond- …

poetry By: Tilla Sonrise what drives men to live in dark …