The legality of the president Kabila after 19th December 2016 has divided the political and social sphere of the society in the Democratic republic of Congo, Even after the constitutional court which is regarded as the highest court of the country ruled that “the head of state will stay in power until new president is elected, even if the election of that president is delayed “according to article 70 of the constitution.

The people of Congo sees this interpretation with a dodgy feeling that Kabila intends by any means to remain in power as his peers of Uganda, Congo-Brazaville, Tchad, Burundi, etc. who have proven that the constitution can be used to preserve the power.

In the case of Drcongo, the constitution does not have any specific provision in response for the current crisis, which is the predictive uncertainty of elections to occur this year.

An insight of what is this constitution of the third republic will help to understand the juncture in which the Drcongo is in now.

One need to know, this constitution of 18 February 2006 is a copy past of the current French constitution of 1958.The French government endured on 13 Mai 1958 what is known as the Putch of Alger by the Army, this event allowed the exiled General Charles de Gaulle  to be reinstated in power by the parliament. In need of a strong executive and central command to face the ongoing crisis, He instructed after receiving the approval of the constitution council his close collaborator Michel Debre who is known as a fervent liberal and strong defendant of monarchy to draft a new constitution, this will be introduced in the 4 October 1958 by General de Gaulle, selling the emerge of the French fifth republic.

With this constitution, Charles de Gaulle placed himself in the midst of the crisis, with a system of strong presidency, He hold the executive powers to run the country in consultation with a prime minister whom he would appoint.

Let’s laud about the power given to the president in this constitution: He (she) is the head of the armed forces, He (she) negotiates with foreign powers and ratifies treaties, he (she) can organize referendums on laws or on constitution changes, he (she) nominate the prime minister, ministers and other senior figures in the administration, he also names three of the nine members of the constitutional council including its president.

Meanwhile many critics have pointed this great catastrophe which makes the French president to enjoy powers unequaled in the democratic world, how perverse is with the doctrine of the separation of powers coined by Charles-Louis de Montesquieu.

This is surprising despite the long critics of Jean Francois Revel a French philosopher turned journalist in his book”L’Absolutisme inefficace” in 1992 in which, Revel repeatedly criticized the French constitution, the president’s powers, and the conflict between the 3 fundamental powers. He vigorously defended the idea of the way power is exercised rather on how it is derived.

From what we know about this French constitution, after so many warnings, how did we failed to reject a piece of paper which is threatening everything that embodies democracy values such as freedom, justice and equality? But even the process through which the government proposed the text to citizens for referendum enhance the level of immaturity of the Congolese political leaders. The citizens were never given a chance to question the text before its approval neither they have shown remorse or pleaded for penitence for the devastating chaos for which they should be held responsible.

The current crisis in Drcongo has triggered significant weaknesses of the constitution, for instance it does not say enough on people’s real power in the control of the institutions, on the accountability of the government and the fact that the majority of the people in Drcongo are unacquainted with the texts of the constitution makes it easy for politicians to twist it around for their own benefits.

Many voices within the Drcongo has called for an emergency need to draft a new constitution which will limits the power of the executive and institute a well-structured control of the state institutions by the people. The work of the Congolese Think Tank  “BISO PE” has revealed an increasing demand among youths for the upcoming of the 4th republic with a new constitution.

In my opinion, president Kabila is not the cause of the current crisis, this must be found in the inefficient constitution which makes him a monarch with all the powers in his hand, the solution could be to inverse the power balance, give more power to people less to the leaders, and this requires that we draft a new constitution. 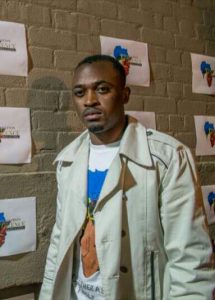 Brian Minga Amza is a motivational speaker, Sankarist, mentor, author, political activist and he is also founder and coordinator of the Florence Foundation, and has long been involved in empowering young Congolese in rural areas, he believes that reorienting education for a sustainable future in Africa is a challenge and should be given full attention.

Art by Andrew Sao Θ Poetry By B D Narayankar I …