I’m an artist and illustrator currently based in Berlin. I was born in Germany, lived in Canada until I was five, grew up in Phoenix, Arizona with a 1-year stop in Texas, lived in Connecticut for the past four years, and now I just moved to Berlin.

Can you tell us about your latest project?

I just read this book Invisible Cities, by Italo Calvino. It’s the story of an explorer who travels to various fantastical cities and returns to tell the tales to his ruler, describing each city in a little chapter of around a page. The cities reference different mythologies and philosophical concepts, questioning what a city really means and all the ways one can exist.

I read it while flying across the Atlantic on my way to move to Berlin alone. It seemed to perfectly embody my feeling of wonder at the fascinating, terrifying size and diversity of the world. It’s an incredibly poetic and imaginative collection of images; I’m sure I’m not the only person he’s influenced visually. I was inspired to make a series of paintings based on his conceptions. 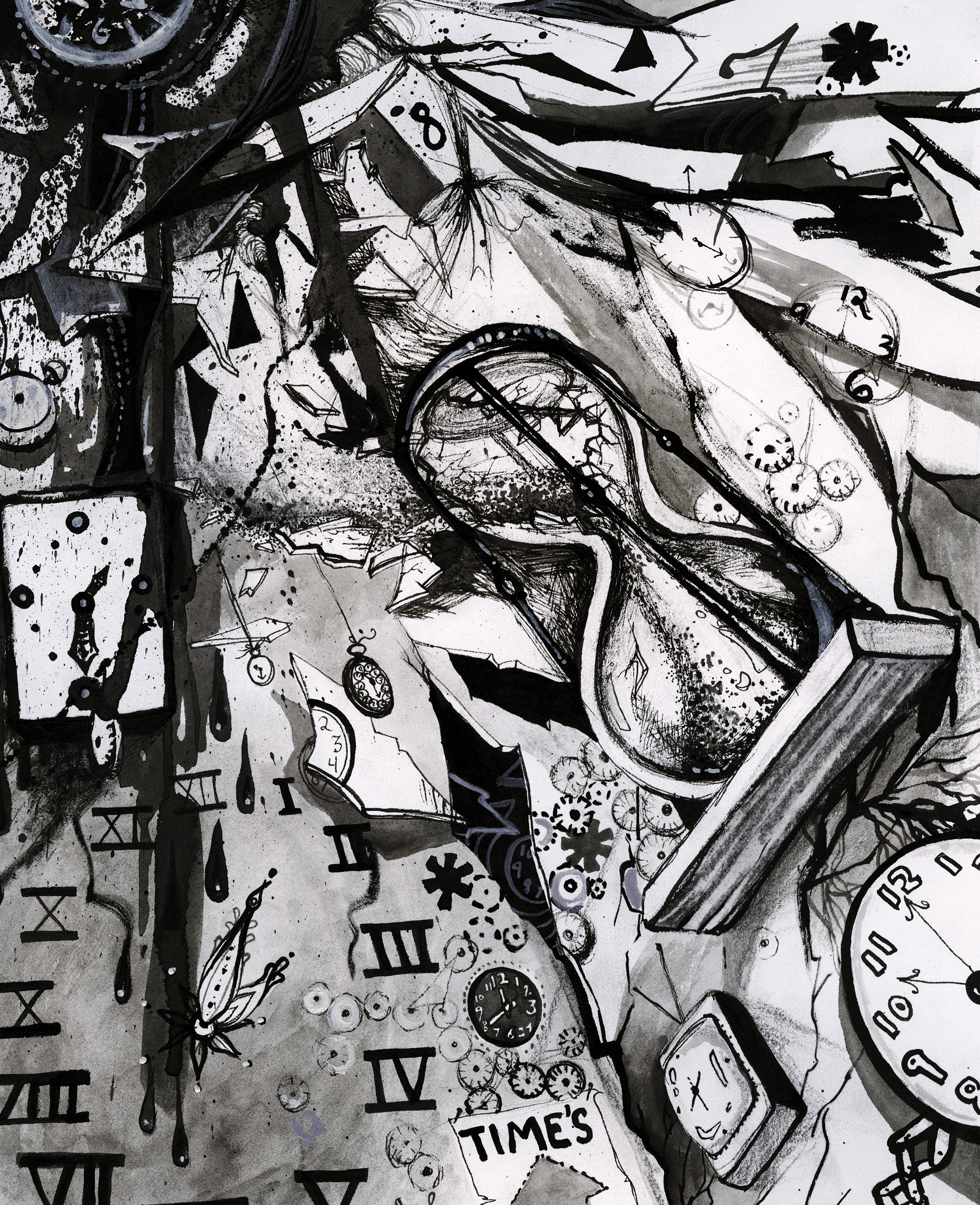 Sometimes I really enjoy making something only for the sake of creating something beautiful, but I think the best art makes you analyze something going on in the world, even if it’s only within yourself. I like to illustrate issues of politics and global affairs that matter to me; a recent project I spent a long time on was a series of paintings based on the stories of nonviolent drug offenders and people involved in the war on drugs. I think art has an ability to connect people across boundaries of language and culture in a way that few other things can, and I hope that I’ll be able to do that even a little bit for someone.

Do you remember your first creative work, the moment you knew that you where an artist?

I don’t really know what it means to “be an artist;” I guess there are just some people who decide it’s worth it for them to throw their entire lives into the dream of making something as great as they possibly can. You know how basically all little kids love drawing and being creative, and then somewhere in elementary school many of them develop the tendency to become self critical and stop? I was always obsessed with drawing and making up stories ever since I can remember, and at some point back then I realized that I was still obsessed even though a lot of other kids had dropped off. 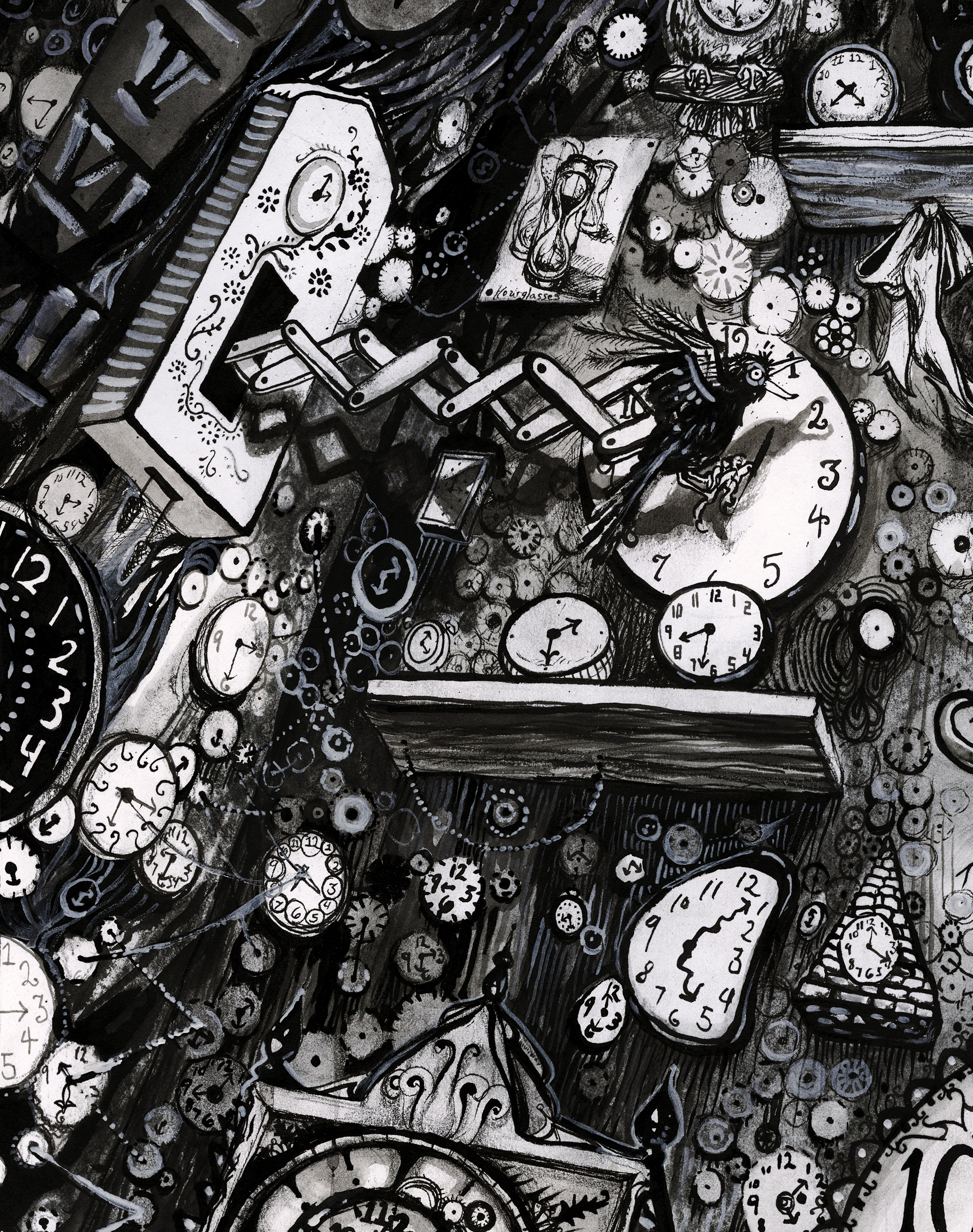 Who are your favorite artist and inspirations?

I love Hayao Miyazaki, 19th-20th century European art, Japanese ukiyo-e prints, Hieronymus Bosch, Priyantha Udagedara, Chip Thomas, Ralph Steadman, Molly Crabapple, Yayoi Kusama, and so many other people I’m sure I’ve missed. I tend to like art that’s colorful and focuses on organic themes, like people and plants: things that feel alive to me. Literature, music, poetry, and traveling inspire me, too – especially traveling in nature, like the wilderness I grew up exploring in the American Southwest.

What tools do you use to create? 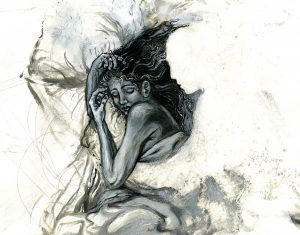 Oil paint, watercolor, ink, charcoal, markers…I love watercolor because it’s compact, easy to use, and you can carry it to the craziest places with you and take it out in an instant to capture something.

I just graduated from school, so a lot of my publications are from things there. You can see some murals I’ve worked on as an assistant to the street artist Daze in New York City, and paintings I’ve made are scattered around with people from Mongolia to Jordan to the US. Of course, you can always see work on my website at annelisaleinbach.com and my Instagram! 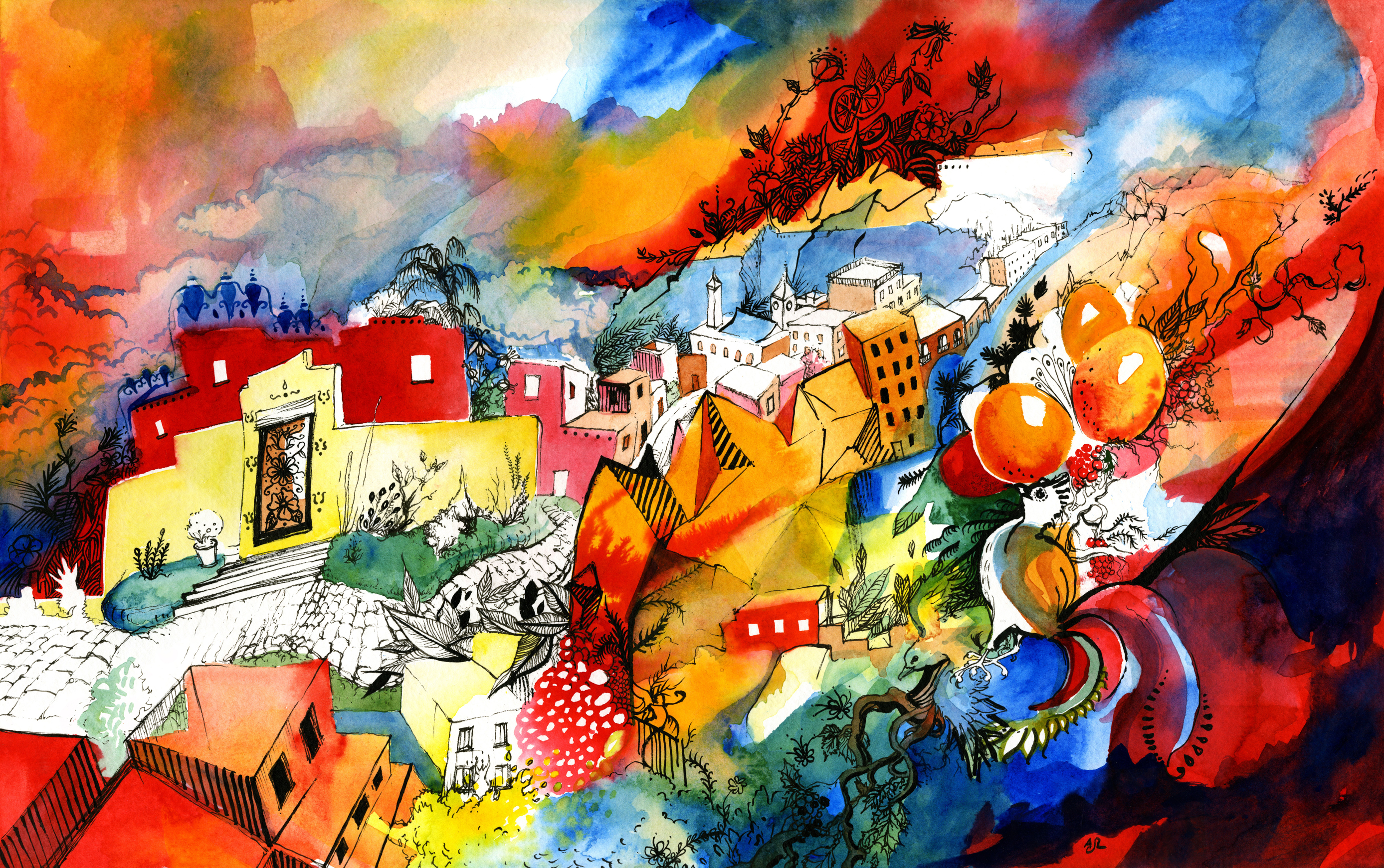 If I could do anything, I’d want to have a job like French artist Julien “Seth” Malland, who travels around the world painting murals on buildings in both cities and remote wilderness. I love the way murals interact with everyday environments and can play off them in such unexpected ways. I also really like how the size can envelop you, and how they’re accessible to any random passersby. Maybe a combination of street art/fine art painting, book illustration, and journalism. And it would be a dream to have reasons to travel as much as possible.

If you could work on a creative project with anyone in the world from any period in time who would it be?

Probably Hayao Miyazaki, actually! I’ve admired his rich imagination since I was a little kid watching My Neighbor Totoro. It would be great to work with someone whose art form is a little different from mine, so we could add to each other. We could combine our ideas to create a film made of painted animations.

Any last words you would like to say to the Section 8 Magazine readers Worldwide?
The art world can be really rough and hard to navigate. I’ve noticed that visual artists help each other out a lot less than people in music or theater, for example. I hope that we can start banding together more to get the respect and opportunity that we deserve. 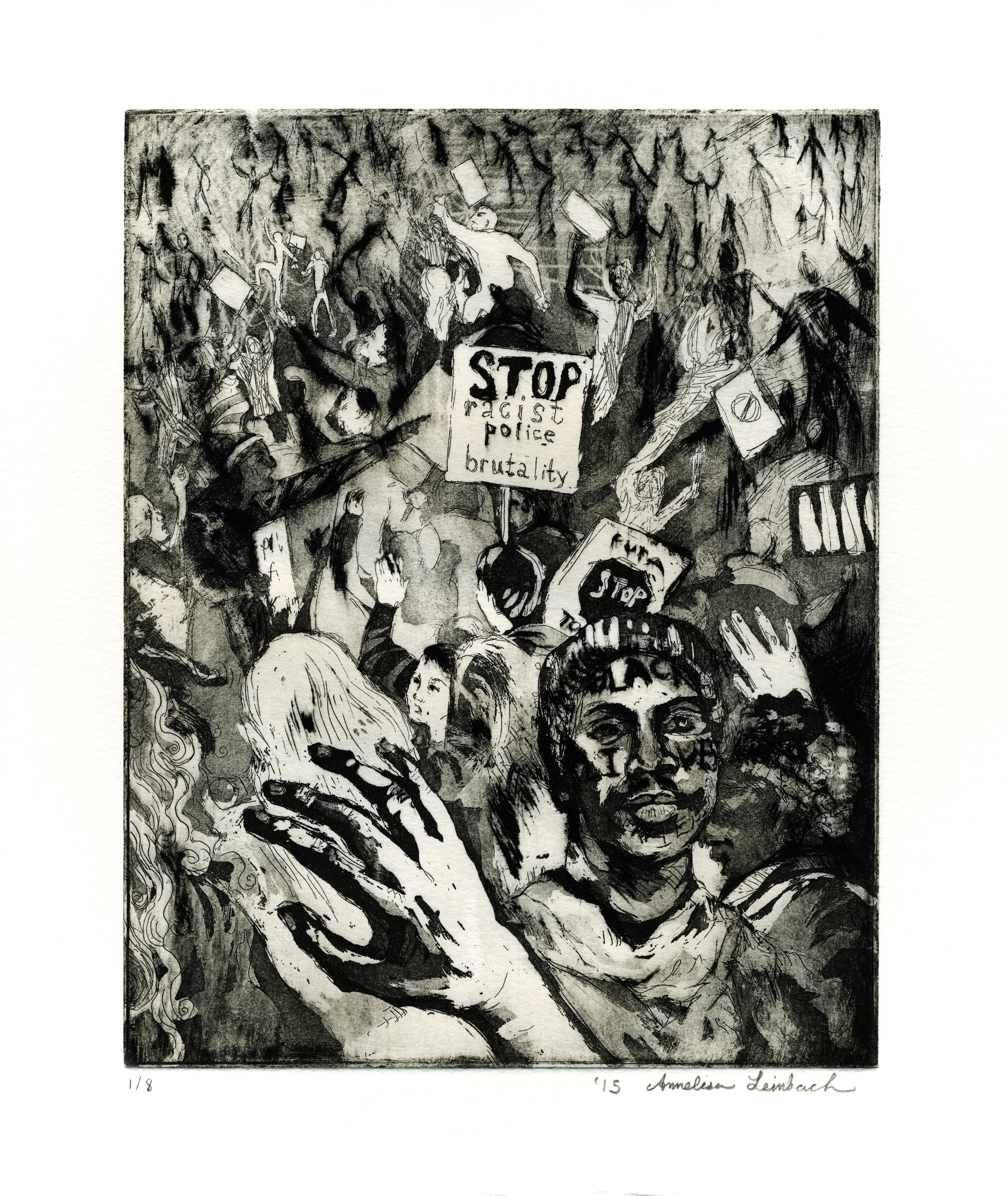 Cross My Name off the Petition