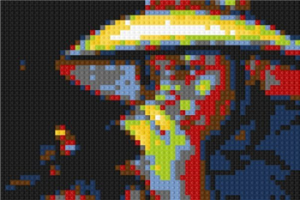 The first time I saw Tough Junkie he was performing with Mas Appeal in the group Simple Complexity. I had read about them in a Section 8 Magazine article by Ms. Rivercity. Simple Complexity was part of the entertainment for a burgeoning political party’s summer event. I remember that I enjoyed their performance immensely and Tough Junkie’s path and mine would cross many times after that.

I had come to know Tough Junkie first as a fan having gone to many of his shows, and later as a hawker selling his cds. We had talked a few times and I have gotten to know the person behind the myth, who is more than you’d expect for he is an extremely intelligent and talented person. Section 8 Magazine even had the pleasure of him being part of the line up at our Section 8 Magazine party in 2008.

What he brings to the hip hop community is a style uniquely his own, and in my humble opinion, a great producer of beats in that he is different from the industry standard as he follows the beat to his own drum. He shatters the mold of conventionality and is so far out of the box that it can only be described as Tough Junkie. 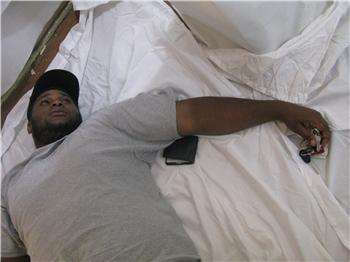 It was a name chosen out of tragedy. I had a former name that was being claimed in school by another brother. We battled. He lost but I let him keep the name. Junkie was the adaptation.

I have been writing since about 6 yrs. old and producing since 1998. It became a serious thing when I was helping a homie out of a rough pitch and the music moneys made it easy to do.

JunkSoul. I see the music as a fusion of Blues, Jazz, Funk, Soul, and a sprinkle of crack to make the complete Hip Hop experience come alive. The message is simply. Live and enjoy life.

The people around me are the resource. Nothing is better than a true story. 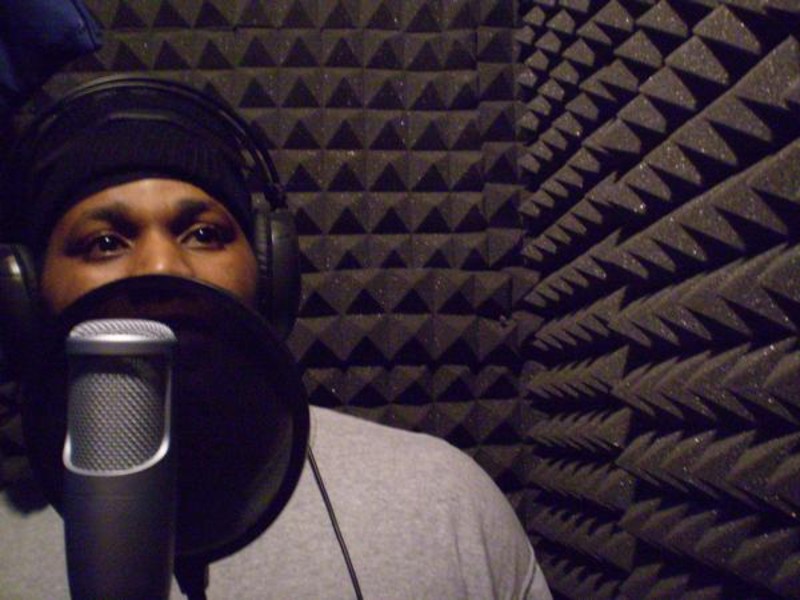 Be accountable. What I do, people see it. I live what I preach. Say what you mean and you will never have anything to prove. Be accountable for your ways, words, and actions. 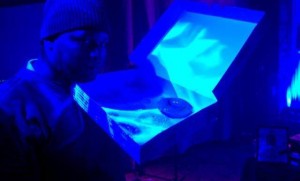 I have fun most of the time. Fun would be the word.

Best: Everyone in eye sight dancing with us while we perform.

Worst: Being blamed for stealing the house DJ’s needles.

I have no preference. As long as the music is made, I am a happy music man.

Working with everyone now. I don’t really cut ties with folks I work with.

I love it. There is a time and place for everything. And we actually get to see it unfold as a multi-grouped genre now.

Eat good food and stay out of trouble.

Music is a part of the day. The way, in which, we make time and space for a day job is the same way that I approach the music. It is a part of life.

Travel. I have gone to more places and met good people because of this music. 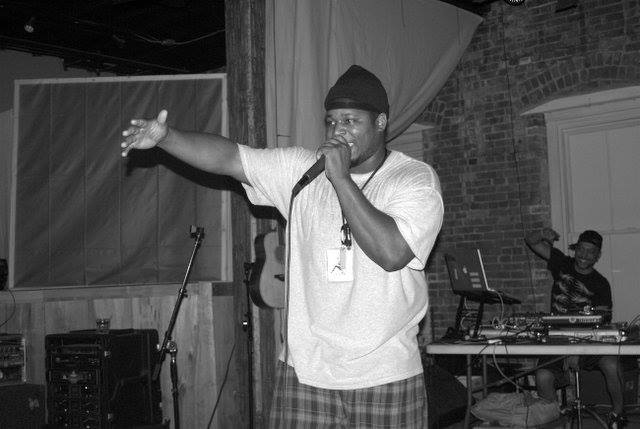 Sex. Though it is an awesome situation, sex will make you miss meetings, abandon your friends, forget to eat, drop money, and send anatomically correct ken doll pics via text. I have never taken or sent such a picture, but you get the idea.

I know how to make eggrolls. The trick is egg batter as the glue.

Listen to Tough Junkie’s on toughjunkie.bandcamp.com, Spotify, Rhapsody, Soundcloud, Reverbnation, and Bandmix. Like Tough Junkie’s music? You can buy and download his music on iTunes and Amazon.

Poetry by M Sarki ∀Art by Anthony Lopez  In my …

Normal is an electric chair with a short circuit

poetry by Edwin B. Wollet ♠ Art by Etienne Grinter  Normal …