Patrick Martinez chose to turn to his own artistic dash cam to focus on the never-ending reports of police brutality that have come to light over the past few years. Taking on the ultra-American Pee Chee folders, Martinez replaces typical American imagery with illustrations that accurately depict the deathly racial situation coming to light in America right now: police brutality and misconduct. “The original Pee Chee folders had a theme of youth and sports,” says Martinez. “I’m switching that all-American sports scene with real situations.” 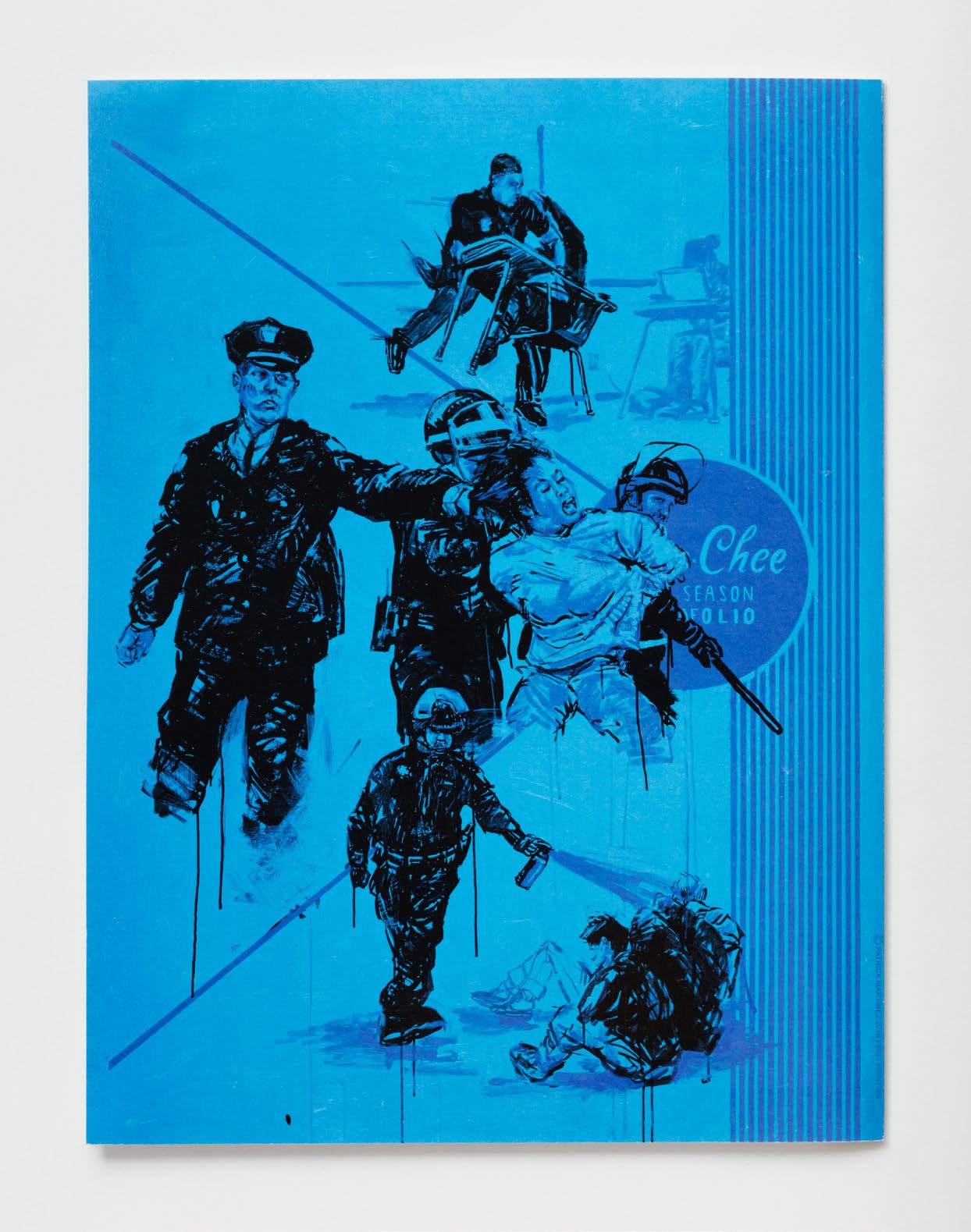 While the original folders were more technically drawn and precise, Martinez renders each situation with rapid brushstrokes to convey the emotion of civil unrest—from Eric Garner’s suffocation to the Texas pool party chaos and Spring Valley High School officer incident. “I’m taking these situations of police misconduct and placing them in the context of a sort of an ‘All-American’ setting,” says Martinez. “I want viewers to see these horrific injustices from another angle and show that this is affecting our youth. If the youth is our future, then we are fucking up our tomorrow.”

Patrick focuses on the phenomenology of his surroundings. He brings sublime beauty to things that aren’t thought of as conventionally beautiful. He uses subject matter such as everyday people that aren’t usually painted into the limelight and elements of the city that would be thought of as objects we take for granted. He uses these objects as communicative mediums. Patrick works with intellect and intuition in creating pieces of art that reflect and document situations that are ever present around him. Vitality and rhythm are the essence and energy in his artwork. 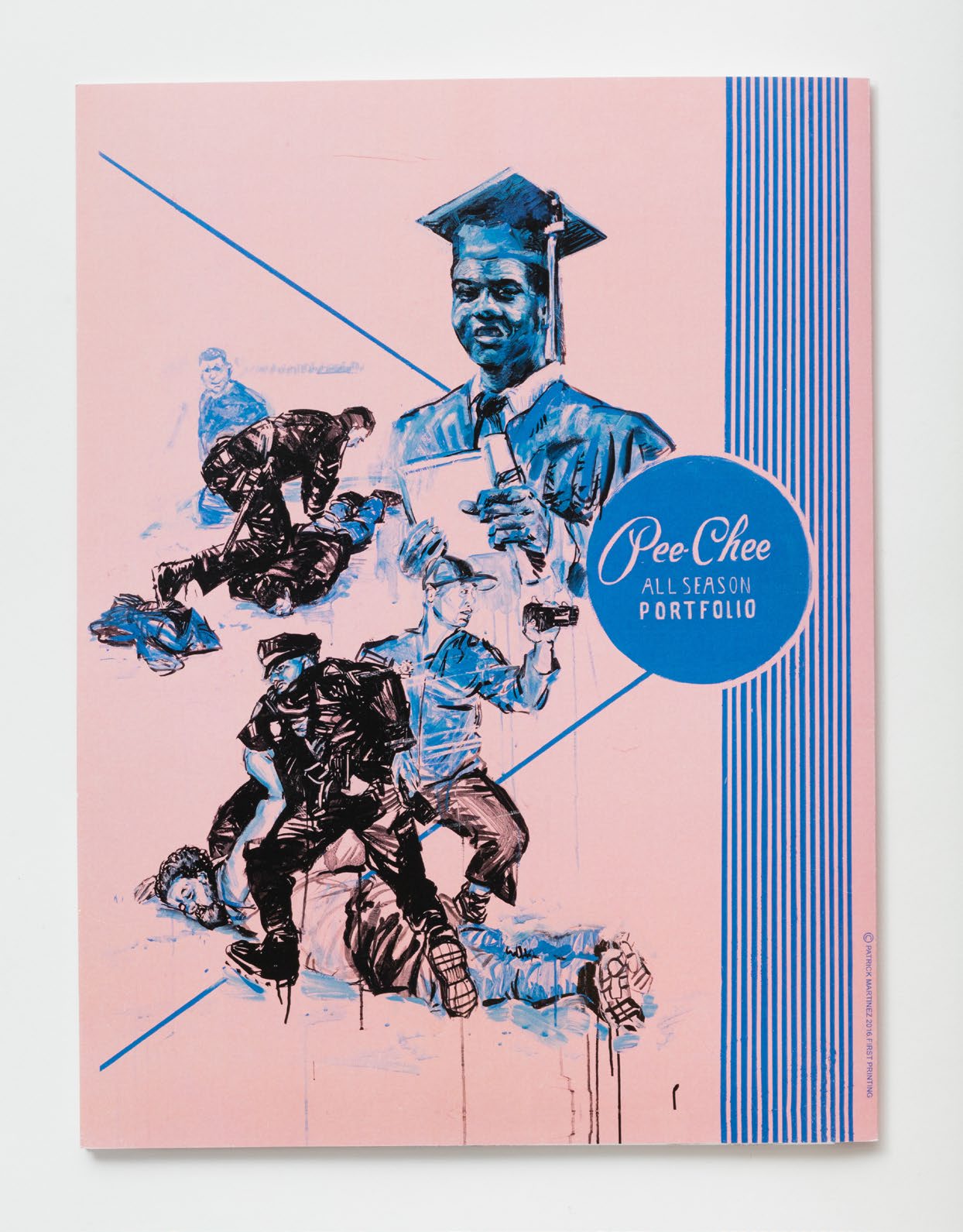 Plus check out the amazing diverse group of REAL artist at twitter.com/charliejames

This is a quick remnider that on September 8 …