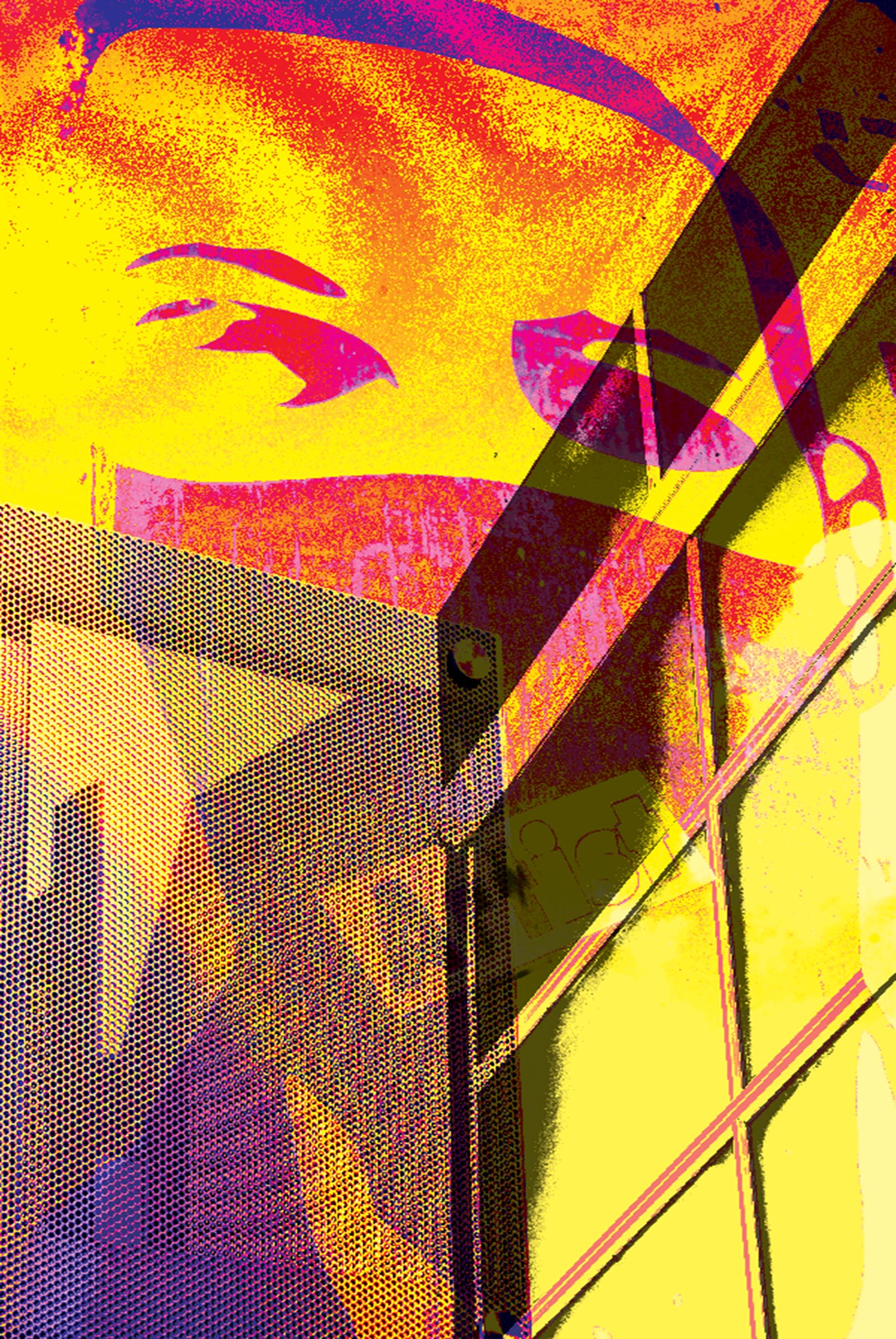 Under the full moon Ajax walks the streets of Riverside with its Spanish moss hanging from its trees and its pleasant homes with potted plants. A full moon for him, with his bloodshot eyes as he walks to the park for a riverside serenade; and someone once said somewhere in the world someone is always screaming, always screaming for peace, and tonight its Ajax, a full blooded native American Indian, walking the streets, ragged and tattered, alone.

Young and old have walked these streets, stumbling with vacant looks in their eyes and lost looks in their faces. Inside their heads many different things are taking place, many different chemical reactions. From the majority of them it’s plain to see that they are nothing men, garbage can men bumping around in the night like ghosts, locked up in their own worlds wandering into ours, roaming under the hanging moss banging benches in parks drumbeats of the confused mind- drumbeats of another time.

Standing in the park Ajax looks at another ghost, full bodied full of cheap beer, tobacco and crack, sitting in his usual spot. On his favorite bench overlooking the river. This one is Doc. Doc looks like he should be herding cattle on a ranch down in Texas. He would make an ideal candidate for a Marlboro cigarette commercial, all that’s missing is the cowboy hat.

“You stole our land…” Ajax’s favorite opening line to white people when he is in the condition he is in now.

Doc knows the routine, he and Ajax have collided before. “Yea I stole your land, I did. “ Doc says and Ajax, surprised by the reply, is speechless for a second or two.

Doc fills the space. “I stole your land but you can share this bench if you want…I don’t care.”

“I ain’t sharing no bench with you, that’s for sure.” Ajax snarls back at him.

A breeze blows and the full moon shines down on the rippling river. In the distance the pretty fluorescent purple lights on the bridge twinkle and a train whistle blows.

“Have it your way buddy.” Doc takes a sip of a drink hidden away in a brown paper bag and continues to stare out at the water.

Ajax, mumbling curses under his breath, walks on to another bench not enough energy for a fight, conquered once again. 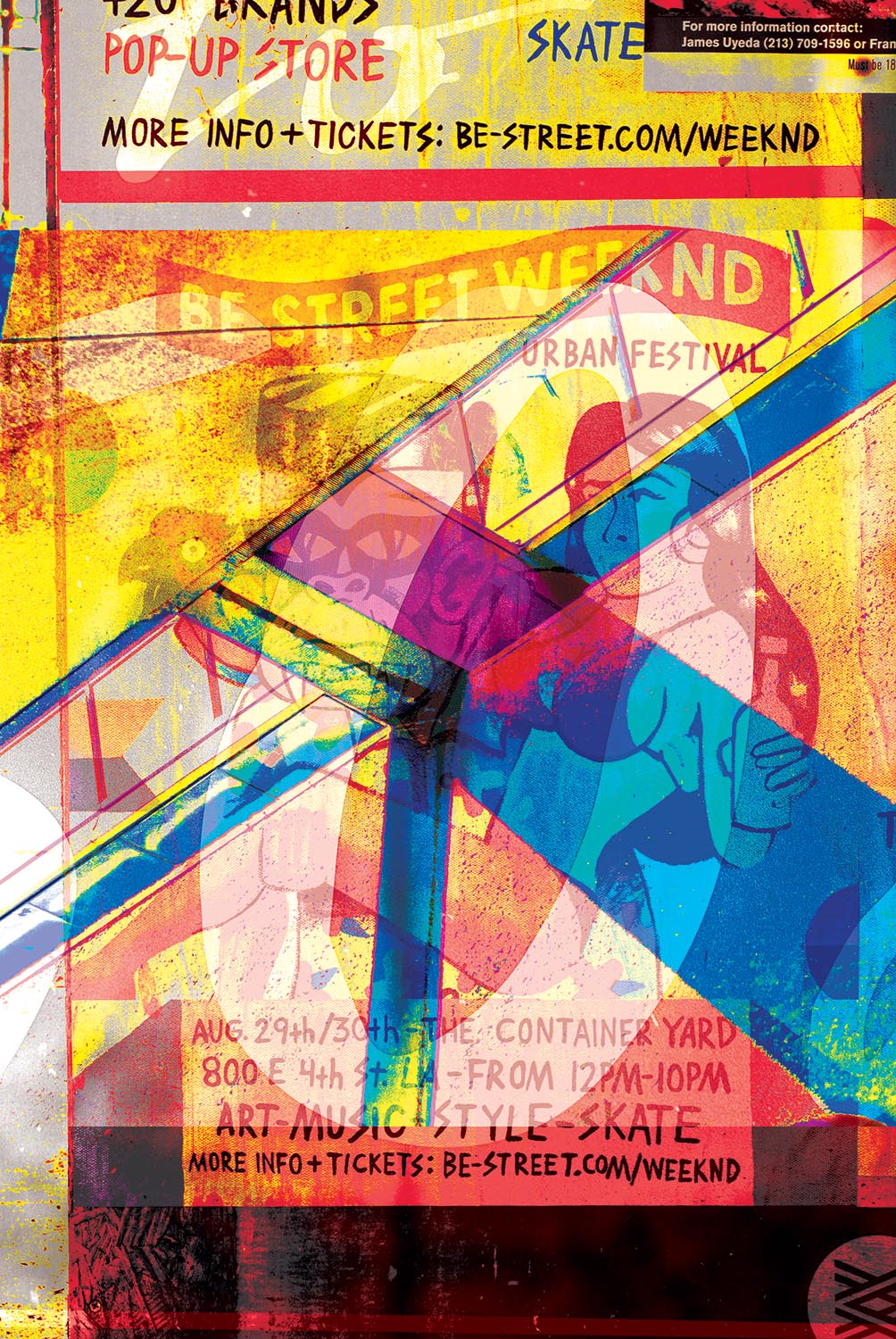 “A superhero whose superpower is knowledge…” Twilight said with a laugh. He bounced back to another conversation, a movie idea, before the super hero interjection. With two others in the room he sat there pointing, looking at me and continued. “But imagine G, a small army of about eight, with a tank sent to steal a book from a library. A book that could not be got without a certain I.D. but the correct one guaranteed a viewing or two. What’s stopping you from achieving anything…?”

Twilight always does that. He bounces around in conversation, bouncing from one thing to the next. In his mid-twenties, not tall, not short with a head full of curly black hair thanks to his Puerto Rican Mami, Twilight exudes the confidence of a man who knows what he’s doing and does it well, he continues. “Anything that is real in this realm, if it can come from one man’s mind then it can come from another. Positive and negative take on many manifestations. Like listening to my ol’ man’s favorite song ‘Pieces of a man’ by Gil Scott Heron, the only song I ever saw my father sing and cry to, put his head back to…A small army wid a tank could get that book, it would set off so much. Maybe a book on Eastern thought. You ever been to a library where they don’t let you see one of the books?”

Leaving his question unanswered my mind drifts to Jenneva who I had coffee with at the café earlier that day. She looks more like her mother now since she has let her hair grow. Father big up in the communist party, sister a lawyer slash animal rights activist; with her dimples and eye twinkles Jenneva is back in town and heavy on my mind.

Twilight, on the turntables now playing classics and bobbing his head. When I tell him make a mix-tape for me he says,  “Nah I gotta make beats…”

I say “alright”. I’m about to bounce to the other side of the ditch. I look him in the eye as his wife gives him his infant son and before I say goodbye I come at him again. “Yo, make me that tape…”

His brother Slue, at the turntables now, messing with a beat by Willie Bobo.

The other dude in the room, Powr, sitting down on a couch next to a potted plant…always solo.

On the walls, pictures of old jazz musicians, Dizzy and Coltrane. Pictures of old B-Boy jams with young fresh faced folk. Next to Star Wars and Spawn figurines and little cut out graffiti words and images.

“Alright, Peace G. Let’s work on that movie we can call it -A Dangerous Book.”

“I hear you Twilight I hear you.” 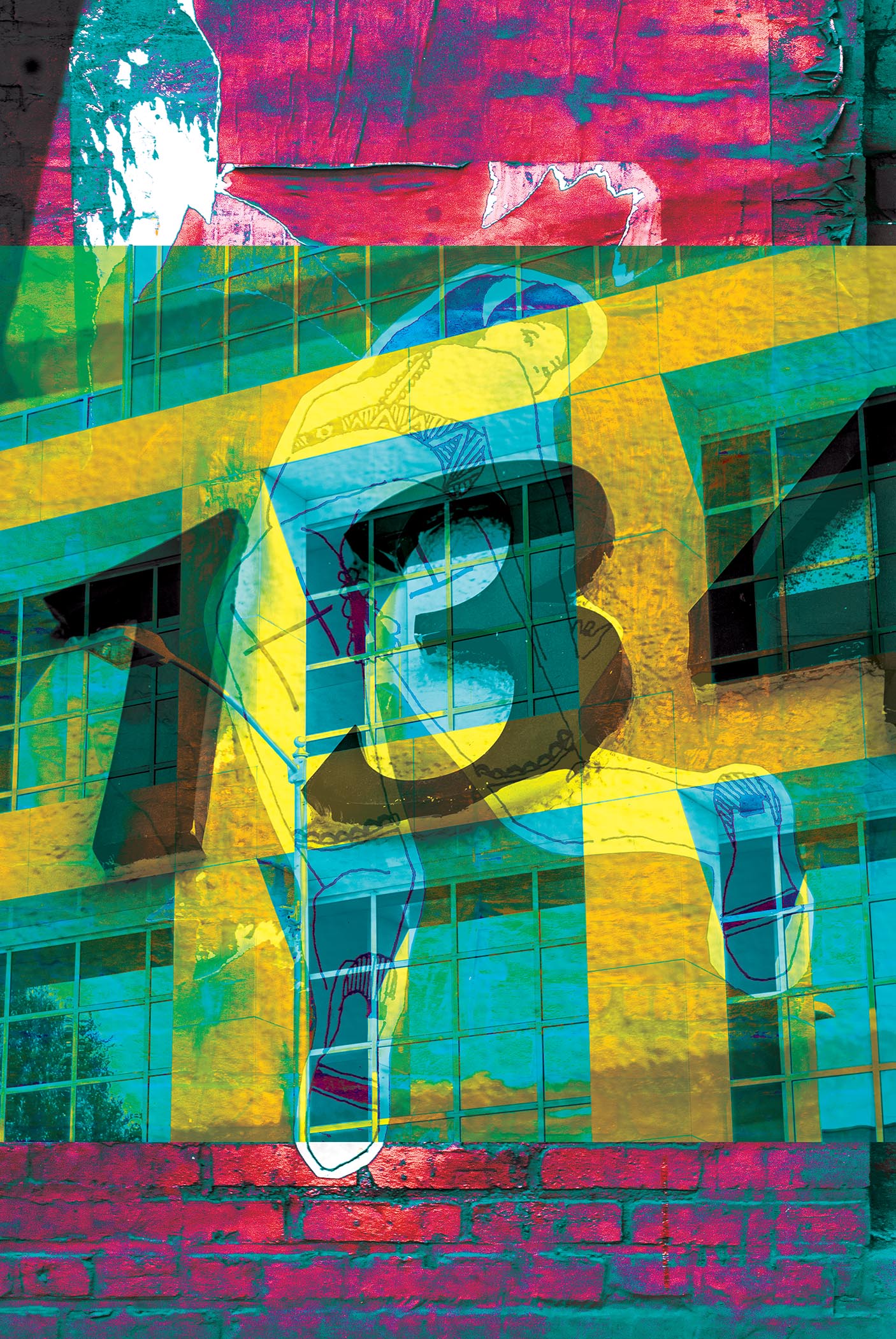 Driving down the Intercoastal highway on the way to Star Beach, One67 looks at every mark, scratch, drawing, writing and picture on the walls of the many underpasses and overpasses we pass through. For every marking there is a story. “ A kid named Powr put that one up. One of them skater kids did that one. My man Powr right there again. That B-Boy face wid the cap turned back, his shi8t is phat. All a bunch of dots.”

“My shi8t is running on the most lines in Miami. I got like 100 pieces up. Heads is mad. I figure my time is short and I just wanna do my shi8t all over.”

One67 is sitting in the front seat, in front of me, beside Cyph who is driving. He has a certain coiled up energy, as if he is trying his best to hold a hurricane down inside. It shows through his intense blue eyes when he looks back at me. He looks like a surfer dude from California with a prominent beak like nose. “I’m trying to do 365 pieces this year,” he says, “but my woman be taking up my time. I had to tell her that this is me, and if she don’t dig it she could find somebody else.”

We are heading over to One67’s side of town, he stays up by Star Beach. As we drive he points out his pieces on the sides of bridges and other surfaces, as he gives Cyph directions. He talks about what he has planned for his next piece. Conversation switches back and forth, one thing leads to another and ends up in a train yard… “on government property, someplace where muthafuckas without authorization shouldn’t be.” He says.

“In Miami, broad daylight, these two cats walk up ‘heh white boy, what ya doing? Oh you got paint cans.’ I was ready for them though, blew into my spray paint cap and had my hand on my lighter in my pocket, I told ‘em yeo why ya’ll fucking wid me. I told ‘em I ain’t got shi8t. That’s when the lil one started asking me about my cans, right then I blasted the other cat with paint and fire, burned up his whole face. I been robbed by a group of Haitians down in Miami. Took my bag of cans and some cameras I had, but my weed and money was in my socks. But I followed, what the fuck they going to do wid my cans? And when they threw them away I got ‘em back. Got the cameras too which was cool, had a lot of film in there…make this left coming up here.”

Strolled into Partners the other night, three of us looking for something to do on another played out Saturday night with nothing to do and Partners close to home, was the last stop. 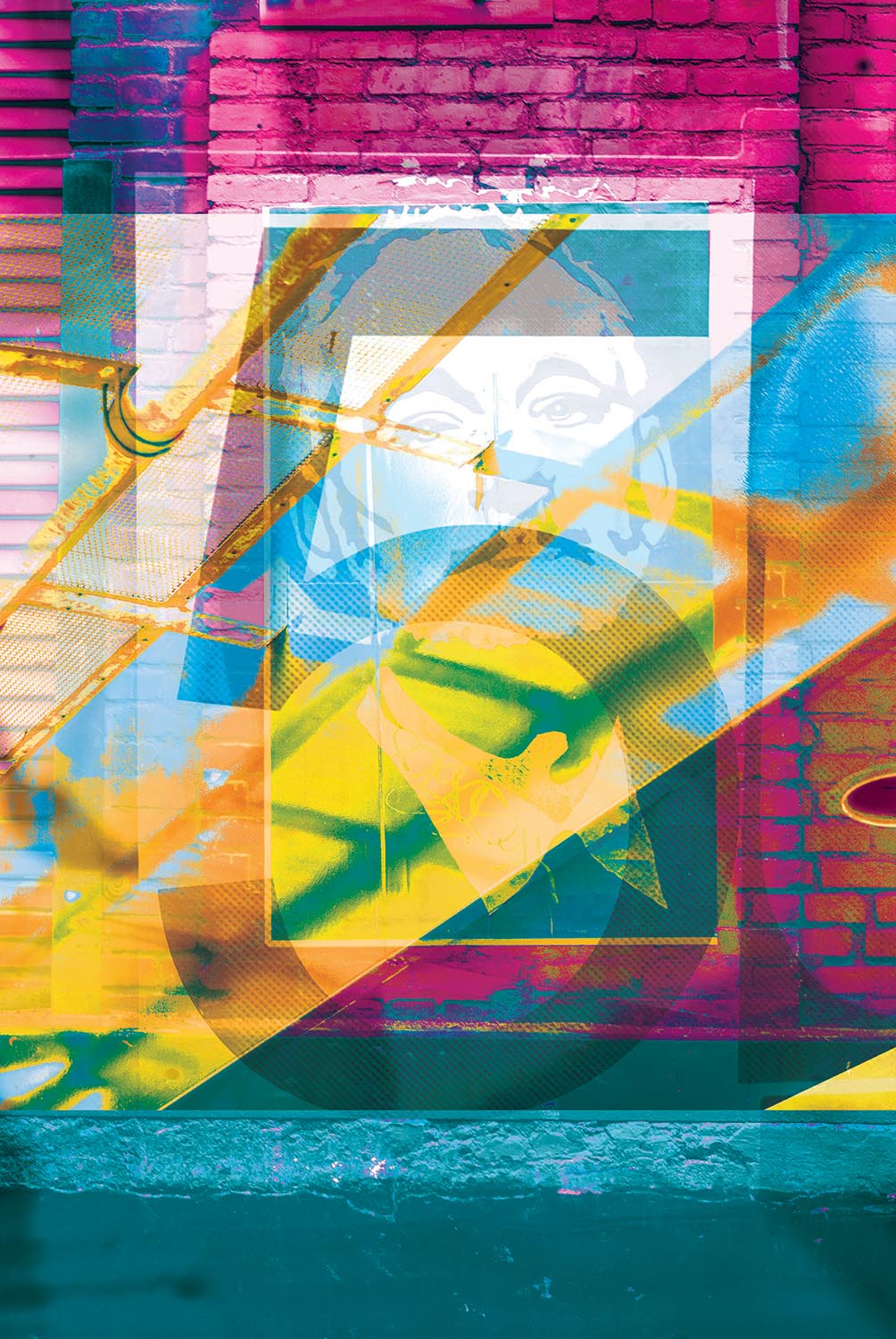 Gary Jones is a Screenwriter, poet and fiction writer and one of the original Section 8 Squad members. See more Art from Anthony Lopez www.anthonylopezartwork.com and check out his interview here :interview-with-an-artist

Interview with an artist: Annelisa Leinbach

Who are you and where are you from? I’m an …