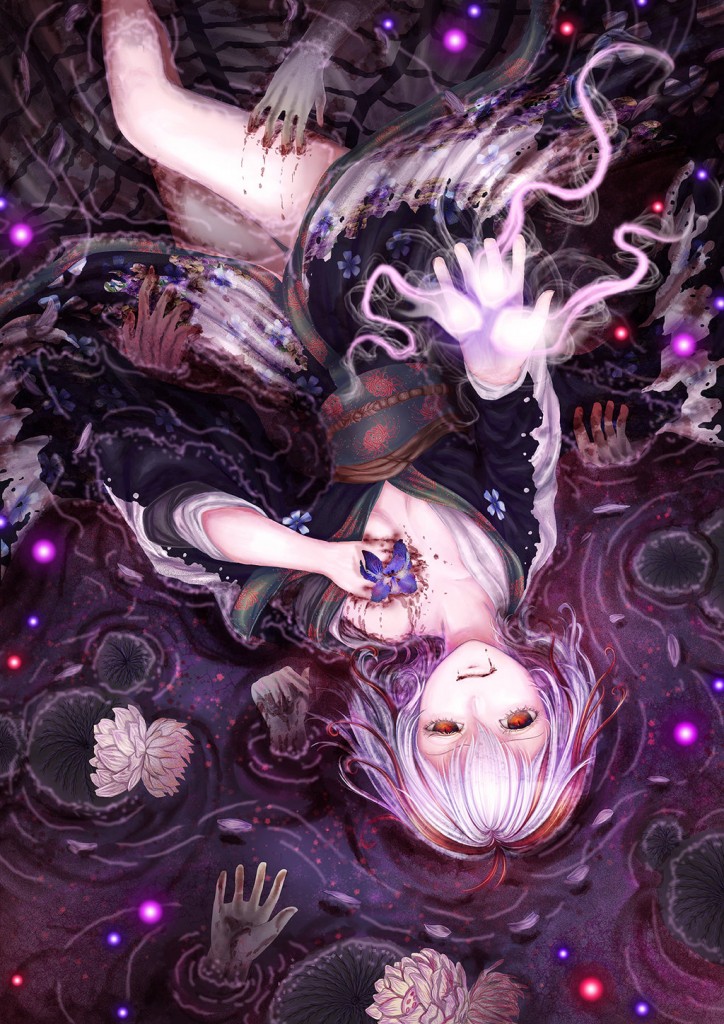 It was a North Idaho Friday night like many others: lonely, rum soaked, windows open but blinds shut, and too long unattended leftovers from dinner sitting next to the paper towels, waiting to be thrown away later. Being a homeowner at 19 years old, Allen should have been considered living like a king among his peers. Unfortunately, reality meant signing mortgage papers on his 892 square foot mansion kept him working so many hours between his two jobs, he had no time for a social life. Just because Alan was not increasing his carbon footprint by finding a partner and blowing through boxes of condoms did not mean his sex drive was any lower.

“At least I’ve got Katie!” he belched to no one in particular.

Katie Benz was his preferred visual stimulation choice. There were plenty of afternoons between his job stacking lumber for a popular DIY store and bussing dinner tables at a nearby bistro when he was not able to track down a photo of hers, so he would rub one out to a memory, any magazine within reach, or even once to the rhythmic sound of a washing machine from the laundromat butted up against his work’s bathroom wall. Bang, bang, bang was not a noise he could keep from influencing his behavior, regardless of the semi public nature of his situation. Men’s restrooms can be vile places.

That particular Friday evening, Touching An Angel was getting ready to play on one of his purchased extra movie channels. The internet represented another monthly bill of at least $30, so Allen figured the $12.99 spent on a dirty movie channel was worth every penny. Those extra $17 really add up in the long run! He would probably just spend most of his time online whacking off, anyway.

Booze plays all sorts of tricks on a man’s ability to maintain peak performance. Beyond the shaky walking, slowed reaction time, and several slurred words, there is also a blood flow situation that only extended amounts of self touching or visual aid can overcome. Saturday morning was a rare scheduled day allowing him to sleep in, so there was no need for him to rush to completion.

Allen enjoyed a storyline only the mother of a failed screenwriter could love. Katie Benz’ character had died a virgin and was being granted a second chance at life to find true love. Her spirit “convinced” St. Peter to let her go, but since she was not physically alive, it didn’t count. The man she eventually fell for was quite the womanizer. He fell off of several wagons during their engagement because she was holding out and there was some question as to whether their marriage would last.

“I do,” Allen responded as if he was actually taking part in the ceremony on screen.

There was a quick scene transition, and Katie, now his fictional, POV wife, was on her knees saying, “Yes, you do.” It wasn’t long before the real world Allen was reaching past the last of his takeout for a made of paper catch mitt. No money shot needed to model what came next was needed after such a long session. A writhing in ecstasy Katie was still performing atop her new husband in the movie when he clicked the TV off.

Allen had failed to notice an added twinkle in her eyes during the close-ups after he finished. 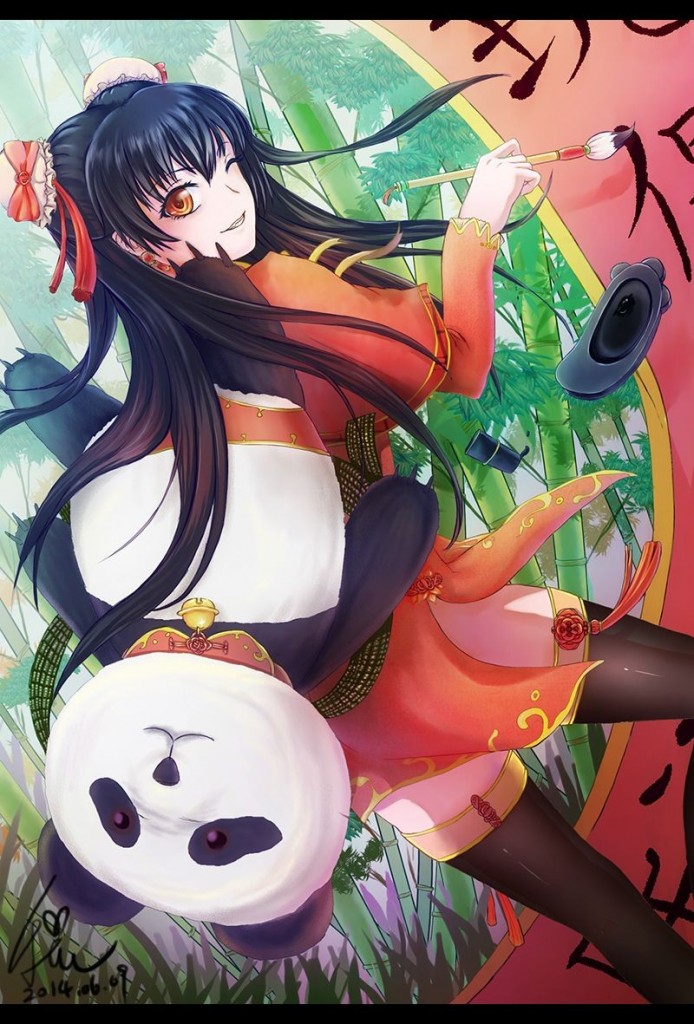 “I don’t give a fuck that he always pulled out! I am two weeks late and the only sex I’ve had in the last two months has been in front of your goddamned camera!” Katherine McAllister, a.k.a. Katie Benz to an estimated 87 million consumers of commercial pornography, seemed to be pregnant.

“Fetishists are going to love it,” the director replied. “An entirely new world is about to open up for you.”

He was right about that. There were questions from doctors about rape that she had never been asked before. Tabloids linked her unborn daughter to celebrities long since dead. She even received simultaneous death threats from religious and atheist groups after stating in an interview that she believed the baby girl to have been immaculately conceived. Late-night comedy hosts had a ball with the situation.

“If you watch closely, during the second scene of her latest film there is a moment when her alibi is the most airtight part of her!”

“I’m going to go out on a limb here and say workman’s comp denies this particular maternity leave. If the case goes to court, the jury will be presented video evidence of Katie willingly engaging in acts that frequently end up with a woman having a baby… and a box of tissues.”

Katherine only seriously considered abortion for 12 minutes before calling her mother. Her mom applied heavy-handed pressure to make Katherine know how bad a parental role model she would be, and actually offered to set up the appointment herself. It was during that horrific conversation she decided to fully embrace her impending motherhood. No group of women deserved to be thought of as ill-equipped in regards to raising a child because they have a successful career, regardless of what that career was.

Media attention eventually calmed down, and nine months after the premier airing of Touching An Angel, Heather Scarlett McAllister was born. No father was listed on the birth certificate. No family showered her with gifts. A high-priced, urban doctor patted the baby once on the butt when handing her to Katherine after the nurses cleaned and dressed her.

“Good luck, Ms. McAllister. Call my office in a few weeks if you would like us to do something about those stretch marks,” he offered before leaving the pair of women in an otherwise empty, though exceedingly well furnished room.

National attention has turned to the story of Heather Scarlett McAllister, recently born of Katherine McAllister, a.k.a. popular adult film actress Katie Benz. DNA testing has cleared 42 of her coworkers from any parental responsibility. Popular belief is that she is hiding the real father in attempt at chasing down someone who will be able to pay substantially more in child support.

Ms. McAllister defends herself by stating, “I know that no one will test positive way as my baby’s father. Every test so far has been requested by a third-party. So many people are unwilling to believe Heather was created by only my body that they are attacking us through the legal system.”

Several groups are threatening the pair of women. California courts have issued a standing restraining order against anyone protesting the mere existence of young Heather. One in particular, God’s Right Arm, has gone so far as to label the newborn as, “The Antichrist.” They say it is no coincidence she seems to have been conceived about the time Touching An Angel, a Katie Benz feature, was released. “Blasphemy produced by morally devoid s!#&s has finally brought the end times upon us!”

Other women in the adult film industry have recently had to cancel roles because of impending, unplanned children as well. The same men who were tested in Heather’s case have all claimed they will be found innocent in those cases as well, if it comes to that.

Please contact us with any hard evidence that might refute Katherine McAllister’s claim. Until then, keep a watchful eye on yourself for any sudden change in child rearing status!

The article was an absolute farce in its journalistic approach, but ran nationwide. Allen had kept a relatively close eye on the story, but this was the first time he had seen the timeline matchup with the last Katie Benz movie he saw premier. It was the one that drew his interest so keenly for having featured his cock doppelgänger.

After putting the paper down, he wondered an off-the-wall thought: What if his ejaculate caused her to become pregnant? 10 months and several hundred masturbatory sessions later, this was an hysterically terrible consideration. He had seen a movie about a sperm bank donor that ended up with an ungodly number of kids due to a secretarial oversight. What if the same thing happened to him, but without any contact actually being made?

“No way, man. That’s just crazy,” Allen muttered before getting up from the ship break table at his day job. That’s when he heard his name called over the intercom system. “Lumber to Dock 5.”

He was expected to exert the most energy on the loading docks since he was the youngest employee. Not wanting to miss a payment on his house, he made sure to never disappoint, but he stopped cold in his tracks from his jogging lope when he rounded the corner and saw the woman he had spent so many fantasy shots on.

There was a pretty pink stroller next to her and enough wood waiting to get loaded to build a small house. Katie, Katherine, was tapping her foot impatiently.

“Good. I thought I’d be home by now,” she chided after seeing Allen stop.

He briskly started walking toward her and responded, “Sorry, ma’am. I’ll get you right out of here.”

It was a surreal occasion for the boy! He started fantasizing about her eyes following his every movement, her becoming impressed with his vigor, maybe being invited back to her place. When the job was done, he turned around to see her off sporting jeans that felt very tight.

That’s when he got his very first good look at Heather. One month old, sleeping gently in her seat, head slightly to the left, neck sporting a very familiar double-I birthmark just below her ear. Allen’s blood froze.

Katherine McAllister had indeed been watching this young man’s every move. She was a full decade older than him, and in no way interested sexually, but there was something very familiar about the boy. The way he moved with cocky bravado was unimpressive. His hair, his clothes, his fingernails, everything was a little too perfect for some small town, country boy. Regardless, she felt a familiarity that hearkened in a memory of desired intimacy.

“Have I ever fucked you?” She was direct as always.

Allen reached up to rub the birthmark below his own right ear and fumbled for an answer. A reply of, “No,” eventually jumped out of his mouth. “But I’m a big fan.”

“Well, a pretty boy like you wouldn’t have any trouble getting good pussy in LA. Not mine, though. I’m Katherine,” and she extended her hand for a shake.

When he removed his hand and accepted hers, Katherine’s eyes moved to the marks on his neck, and the entire San Fernando Valley was changed forever.

I Had Just One Thought Today

THAT JUNE IN PARIS DAHLIAS WERE LARGE AS DINNER PLATES