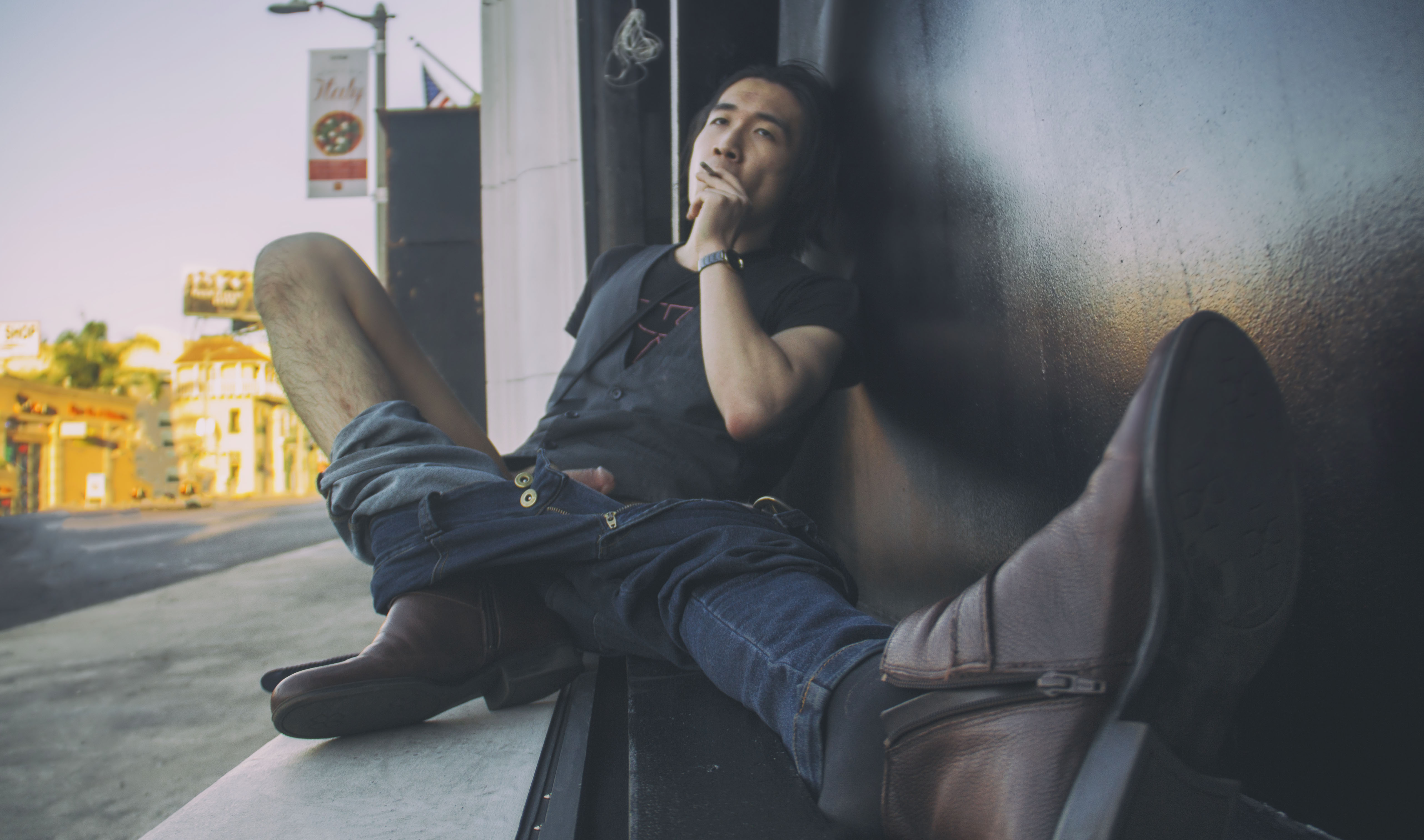 I’m upstairs in the medicine cabinet, attempting to secure my mental health, when I hear,
“Mario, what’s taking so long? You’re missing the movie.”
Like I give a fuck about the latest Paul Dano movie right now. She knows this isn’t an easy time of the year for me. My father’s on his way up here from Florida tomorrow, and he’s bringing his wife, who I refer to as his manager, since she’s such a stuck-up, despotic cunt.
“Stef, where the hell did you put the Xanax? I’m gonna have an episode over here. My nerves are shot!”
“I can’t remember, but I have a few in my purse. I made sure to stash a couple for you. I’m well aware of the manager showing up tomorrow.”
Thank God! Relief is on the way.
The last time my father and his manager came to visit on Christmas was a fucking disaster. That woman really knows how to darken up a room full of Christmas lights.
Within minutes, the level of tension had risen to new heights. She entered the room wearing her legendary judgmental sneer, as my docile father behaved like everything was copacetic. I could feel her cold eyes piercing my fragile soul.
It didn’t take long.
By the time I came back with eggnog from the kitchen, I overheard her saying to my girlfriend, “You’re a real attractive beauty. What are you doing with him?”
My punk bitch of a father just sat there wearing his passive smile.
Unbelievable.
Had I went with my initial reaction, that bitch would’ve been wearing eggnog. Instead, I said to my father, “You sure do know how to pick em, dad. She’s exactly like my mother, only without the drinking problem.”
My father response was, “Son, what are you talking about? She’s a good woman.”
“I resent that comment!” said the bitch who doesn’t know how to keep her damn mouth shut. “I’m nothing like your drunken mother! She has no class!”
My girlfriend, Stefanie, at that point excused herself to go downstairs for a cigarette. Smart woman.
I looked directly at my father to get his attention, who in return, avoided eye contact with me. He was hoping, praying for me to capitulate.
That didn’t happen.
Instead I said to him, “Are you gonna let her get away with this morally reprehensible behavior on Christmas, dad? What the fuck? Do you really think I wanna retain this as a memory?”
He just sat there sipping his eggnog with that stupid, passive smile saying, “I don’t know what you’re talking about son, but we’d both appreciate it if you’d calm down. It’s the holidays, lighten up.”
So yeah, that was my Christmas last year, and it’s about to begin again. All out war.
I woke up on the couch around seven in the morning. No Stefanie in sight. She must’ve went upstairs. My snoring has a tendency to be obnoxious when I’m under the influence of Xanax.
The thought of imminent doom hit me like a hangover when I reached for my iPhone to check my text messages, and saw the confirmation of their arrival. They were going to be here in less than four hours.
There’s not enough Xanax in Pittsburgh to combat the malicious nature of his manager.
Merry fucking Christmas. 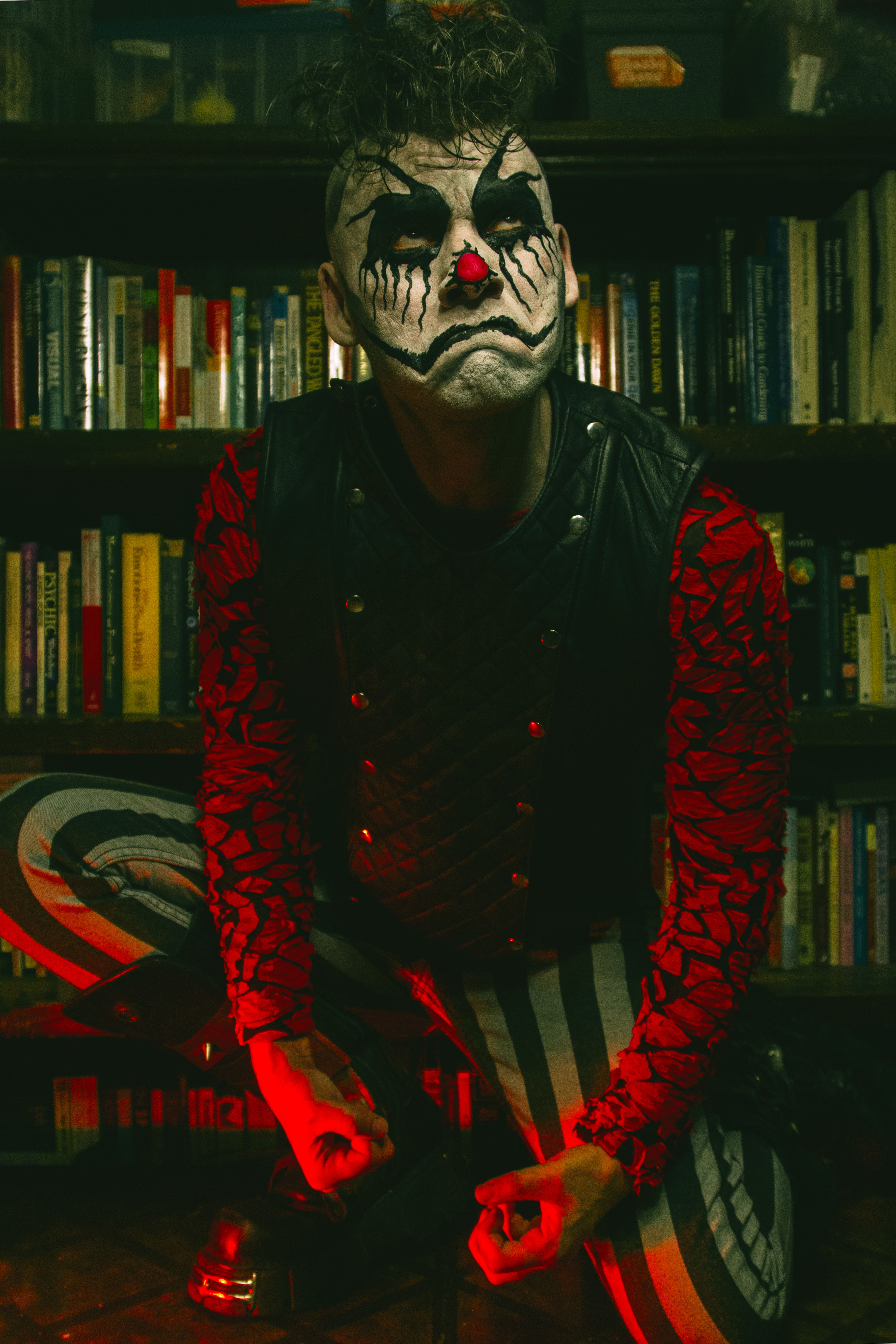 I brewed some coffee, then went upstairs to wake Stefanie up. After that I put on some Christmas music to mitigate my suffering. A pre-penis-in-the-mouth, George Michaels, was singing Last Christmas.
It all happened so fast. One minute, Stefanie and I were drinking coffee together, the next, we were racing to the bathroom for first dibs on toilet. Neither one of us wants to smell the others asshole. Simple as that. Next thing I know, the doorbell is going off. I didn’t even have time to self-medicate.
His manager opened my door without even waiting for me to answer it.
“Let’s go, Vic! Hurry up already! I don’t wanna be in this place without you!”
“I’m coming, dear. Just give me a second.”
“You hurry it up, now!” screamed my father’s manager.
I muttered to Stefanie, “What a cunt.”
“Calm down,” she replied. “You know what to expect. Now all you gotta do is avoid her for the brief time they’re here. It’ll be alright, I promise.”
I was about scream, don’t make promises you can’t keep, but I left it alone and went to the kitchen for eggnog instead.
When I returned to the living room his manager was busy insulting my Christmas tree. It didn’t have enough lights, or ornaments for her upper-middle-class taste.
I handed my father a cup of eggnog. Just like always, he had his docile demeanor down packed. I’ve grown to despise that stupid, passive smile on his face. He belongs to the emasculated society of dickless men.
After a quick glance at his manager, I came to a conclusion.
“Whoa, wait a minute,” I said. “I’m gonna do you a favor by drinking this eggnog myself.” I took a big hit of the eggnog.
“What are you insinuating?” said his manager with a flushed face, and ever growing disdain for a man who doesn’t belong to the emasculated society of dickless men.
“Come on,” I said. “It’s evident. Do I really have to point it out? Cause if I do, I guarantee I won’t miss. Big target, ya know? Big target.” I held out my arms on both sides to emphasize my point. Smirk on my face, half empty glass of eggnog.
“I’ll have you know,” said his manager, “that we didn’t travel all this way to be insulted by someone who can’t afford to properly decorate a Christmas tree!”
“Yeah exactly. You came up here to insult us. We’re sick of your rude behavior. You have no right to treat us like this. If my father’s gonna be a passive pussy, that’s one thing, but don’t expect me to follow suit.
“You hear me, dad? I still have my balls!”
“I will not be spoken to like this, by you, or anyone else! Vic, do something!”
All my father said was, “It’s the holiday season, son. Lighten up.”
Stefanie and I both screamed in unison, “GET THE FUCK OUT!”
They left, it was that simple. We didn’t even have time to exchange Christmas cards. Not like either of us gave a shit. A $25.00 gift certificate for Amazon isn’t worth a season of contempt.
Afterwards, Stefanie was reaching for my zipper talking about how I should’ve done that a long time ago. I nodded my head as she pulled down my pants, and dropped to her knees.
Big fat snowflakes began to fall from the sky. She sucked me off like a champ in front of the our humble Christmas tree.
“Mmm,” she said. “Eggnog makes your cum taste delicious.” 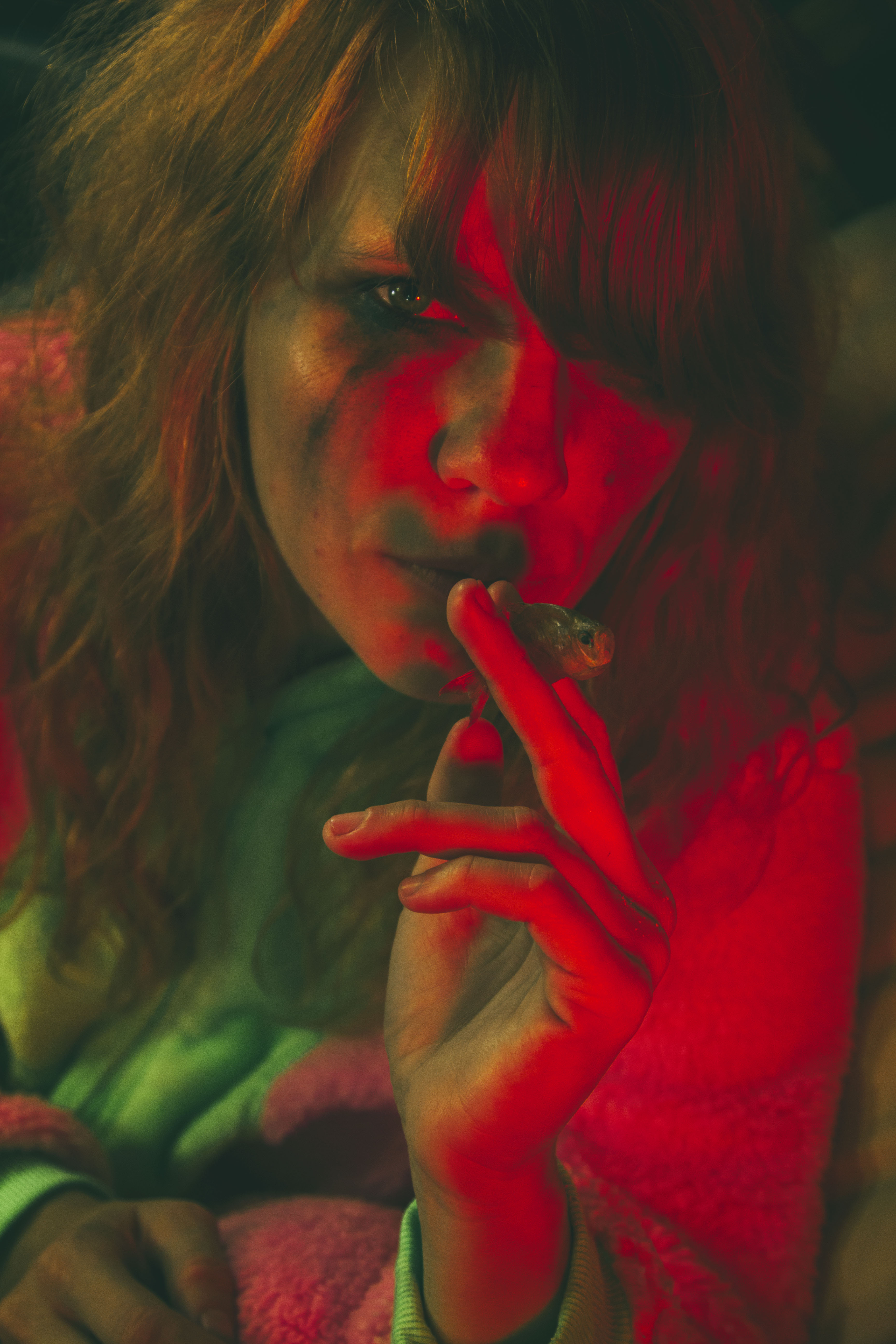 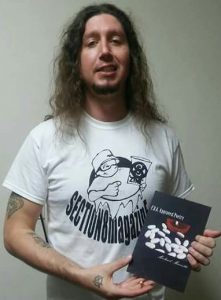 Michael Marrotti is an author from Pittsburgh, using words instead of violence to mitigate the suffering of life in a callous world of redundancy. His primary goal is to help other people. He considers poetry to be a form of philanthropy. When he’s not writing, he’s volunteering at the Light Of Life homeless shelter on a weekly basis. If you appreciate the man’s work, please check out his book, F.D.A. Approved Poetry, available at Amazon.
About Section 8 Squad 573 Articles
Global artists and writers dedicated to sharing creativity around the world.
Website

The attempt Is grand

Interview with an artist: Ziv Lahat

Who are you and where are you from? My name’s …

The Sea of The Golden Palace